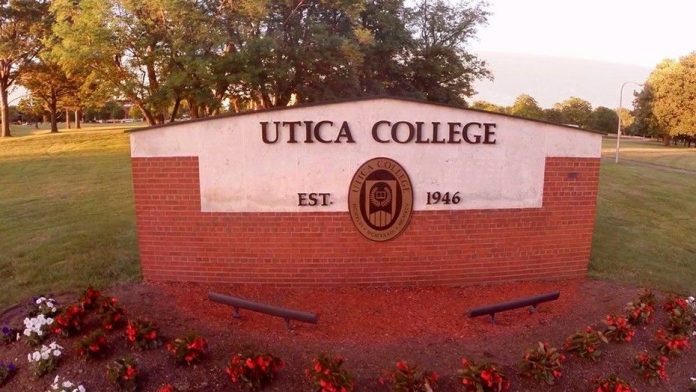 Utica College was placed on lockdown after police received a “real, credible threat.”

Utica College was placed on lockdown Monday after police received a “real, credible threat” from someone who claimed to have a gun on campus, school officials said.

The campus in upstate New York, located about 52 miles east of Syracuse, was placed on a “shelter in place” order just before 12 p.m. until further information was provided. Armed police officers were called to the campus to evacuate students and faculty from the buildings.

“Please continue to shelter in place. There are no reports of any shots fired, injuries, or suspect in custody,” the college tweeted at 1:24 p.m.

Police told Fox News they received a call about an individual with a gun on campus. Police officers have arrived on scene, but also told Fox News no shots were fired.

The Tangerine, the campus’ student-run newspaper, provided updates throughout the incidents on Twitter. The paper said students received an email saying a “veiled threat” was made about a person in the Gordon Science Center. The message reportedly stated “come get me.”

The newspaper also tweeted a photo of students sheltered in place hiding under tables. In another update, students were seen standing in groups at the school’s Strebel Lounge.