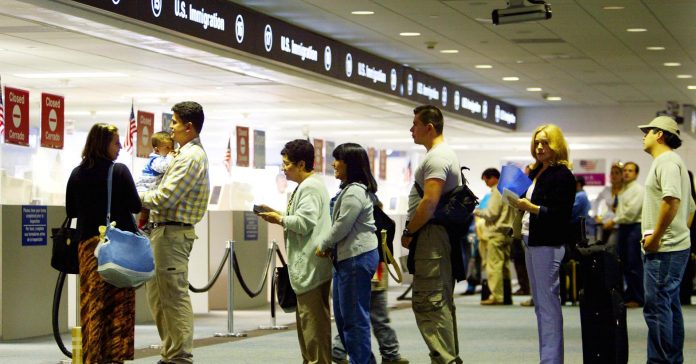 The Trump administration on Wednesday set new criteria for visa applicants from six mainly Muslim nations and all refugees that require a “close” family or business tie to the United States.

The move came after the Supreme Court partially restored President Donald Trump’s executive order that was widely criticized as a ban on Muslims.

Visas that have already been approved will not be revoked, but instructions issued by the State Department say that new applicants from Syria, Sudan, Somalia, Libya, Iran and Yemen must prove a relationship with a parent, spouse, child, adult son or daughter, son-in-law, daughter-in-law or sibling already in the United States to be eligible.

The same requirement, with some exceptions, holds for would-be refugees from all nations who are still awaiting approval for admission to the U.S.

Grandparents, grandchildren, aunts, uncles, nieces, nephews, cousins, brothers-in-law and sisters-in-law, fiancees or other extended family members are not considered to be close relationships, according to the guidelines that were issued in a cable sent to all U.S. embassies and consulates late on Wednesday.

The new rules take effect at 8 p.m. EDT on Thursday (0000GMT on Friday), according to the cable, which was obtained by The Associated Press.

As far as business or professional links are concerned, the State Department said a legitimate relationship must be “formal, documented and formed in the ordinary course rather than for the purpose of evading” the ban.

Journalists, students, workers or lecturers who have valid invitations or employment contracts in the U.S. would be exempt from the ban.

The exemption does not apply to those who seek a relationship with an American business or educational institution purely for the purpose of avoiding the rules, the cable said. A hotel reservation or car rental contract, even if it was pre-paid, would also not count, it said.

Consular officers may grant other exemptions to applicants from the six nations if they have “previously established significant contacts with the United States;” ″significant business or professional obligations” in the U.S.; if they are an infant, adopted child or in need of urgent medical care; if they are traveling for business with a recognized international organization or the U.S. government or if they are a legal resident of Canada who applies for a visa in Canada, according to the cable.