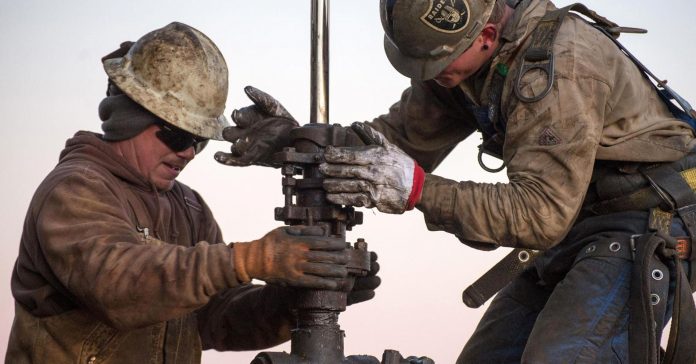 While the new all-time high production shows American drillers pulled ahead of Saudi Arabia to briefly become the world’s second biggest producer, the United States may have slipped back into third place in December. The first monthly reading for December shows U.S. output slid back to 9.949 million barrels.

Saudi Arabia pumped just under 10 million barrels a day in December, according to figures from the kingdom and independent sources. The Saudis are limiting their output as part of a deal among two dozen producer nations that aims to reduce global stockpiles following a prolonged oil price slump.

EIA projects U.S. output will average 11.2 million barrels a day next year, positioning the nation to overthrow Russia as the world’s top producer.

The slide in December was largely due to a drop in production in the Gulf of Mexico.

Surging U.S. production is being driven by booming output from America’s shale fields, where drillers use advanced drilling methods to squeeze oil and gas from shale rock formations.

Texas, the biggest shale oil producing state, has seen its production jump by 780,000 barrels a day over the last year. Production also rebounded last year in other states with large shale basins, including Colorado, New Mexico, North Dakota and Oklahoma.