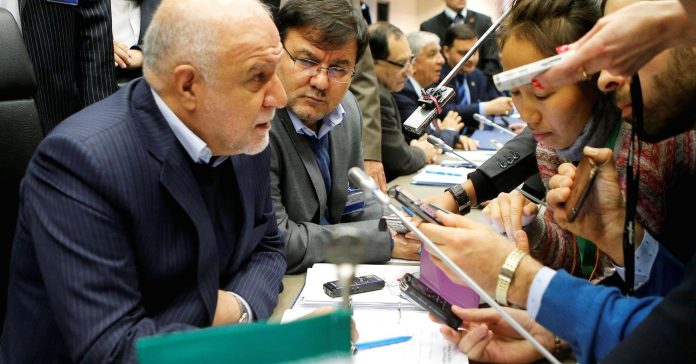 The Iranian oil minister claimed that energy-related firms from the U.S. are the main losers from the sanctions placed against his country.

Iran’s oil-dominated economy has been hampered by sanctions put in place by the U.S. since the Iranian Revolution of 1979. In 2016, many restrictions were removed, but Washington has continued to bar American citizens and companies from most forms of investment or trade with the country.

Speaking at the OPEC meeting in Vienna Thursday, Iran’s Oil Minister Bijan Zangeneh, said the policy was both confusing and self-defeating.

“I don’t understand why U.S. companies cannot enter the Iranian market. They cannot get involved in the biggest oil projects in the world, taking place here in Iran,” he said.

Zangeneh said Iran had “no difficulty” with U.S. expertise or capital and that his country needed billions of dollars of investment to complete several major projects designed to ramp up Iranian oil output.

The OPEC veteran said the U.S. restrictions hadn’t prevented companies from other nations signing up to invest.

“So far everything is going well. We hope we can sign some contracts before the end of this Iranian calendar year,” he said.

Zangeneh said contracts for oil infrastructure development were typically around three years long and would not be greatly affected by any OPEC agreement made at the current meeting.

Oil traders expect a group of OPEC and non-OPEC countries to announce Thursday that an agreed cap to supply levels will be extended by nine months, taking it until the end of 2018.