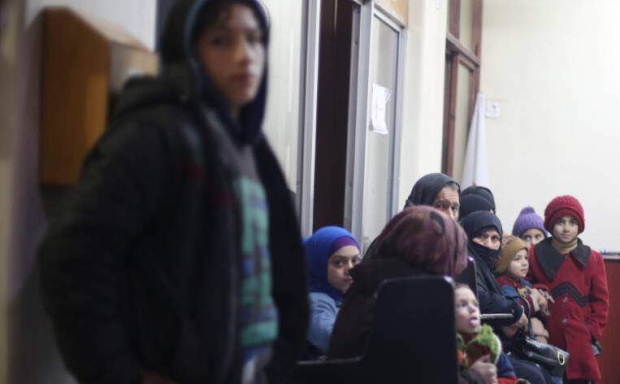 Months of deadlock over medical evacuations from Syria’s biggest remaining siege broke late on Tuesday when a deal between Damascus and a rebel faction allowed an aid agency to evacuate a handful of critically ill patients.

Four patients were brought out of Eastern Ghouta, where almost 400,000 people have been under siege by President Bashar al-Assad’s forces since 2013, the Syrian American Medical  Society (SAMS) said in a statement. The evacuees were taken to hospitals in Damascus.

The enclave, a densely populated pocket of satellite towns and farms, is the only major stronghold of anti-Assad forces near the capital Damascus. The military has steadily defeated pockets of armed rebellion in western Syria over the past year, with the help of Russian air power and Iranian-backed militias.

29 of the most critical cases

The Jaish al-Islam rebel group in Eastern Ghouta said it was releasing 29 detainees. In return, the government is allowing the evacuation of 29 of the most critical cases.

The International Committee of the Red Cross (ICRC) said it had facilitated the deal, which came two months after the United Nations asked Assad’s government to allow the urgent evacuation of the 29 patients. The operation was still in an early phase, it said.

“Happy that our negotiations reached this important goal. This is a signal of hope for the future Syria,” tweeted Francesco Rocca, president of the International Federation of the Red Cross.

Important news coming from Syria: people in urgent need have been evacuated from east #Ghouta to safety and hospitals. Happy that our negotiations reached this important goal. This is a signal of hope for the future #Syria https://t.co/6nSqnyMqtN

The Syrian government did not immediately comment on the evacuation.

A Jaish al-Islam political official in Ghouta said the Syrian Arab Red Crescent (SARC) mediated between Damascus and the rebels for the swap.

“We worked to get them out through the Red Crescent, and we are working on evacuating the rest of the nearly 500 cases out,” said Yasser Delwan. But there was no indication of whether more evacuations would be allowed, he added.

The United Nations has pleaded for the government to allow medical evacuation of around 500 patients, including children with cancer, and has said there was no excuse for not permitting the evacuation to go ahead.

Although Eastern Ghouta is officially a “de-escalation zone” under Russian-led ceasefire deals for rebel territory, fighting there has continued. The population, including 130,000 children, is suffering the worst malnutrition seen in the almost seven-year war, the UN has said.

Residents and aid workers said the government has tightened the siege in recent months in what they called a deliberate use of starvation as a weapon of war — a charge the government denies.

On Sunday, Turkish President Tayyip Erdogan said Turkey was working with Russia, Assad’s ally, on the evacuations. Ankara has backed some rebel factions in the Syrian war.

The number of people needing urgent evacuation has shrunk because they keep dying while waiting for help, the UN has said. It has a priority list of 494 patients, while SAMS put the number of critical cases at 641, and said 17 had already died.

The remainder of the 29 patients included in the deal would be evacuated over the coming days, said SAMS, a non-profit that supports hospitals mostly in opposition areas.

“The list includes 18 children and four women suffering from heart disease, cancer, kidney failure and blood diseases, in
addition to cases requiring advanced surgery that are not available in the besieged area,” it said.