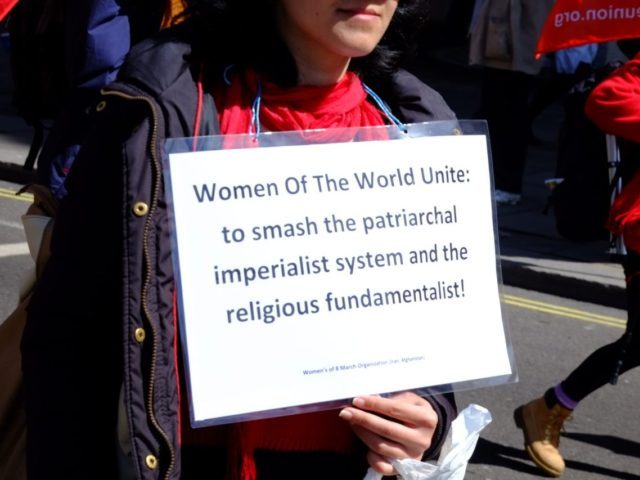 A researcher at the University of Arizona claims to have created a feminist brand of quantum physics to weed out the bigotry that she believes follows from a study of Newtonian physics.

Researcher Whitney Stark of the University of Arizona’s Institute for LGBT Studies claims to have invented a new form of physics, intersectional quantum physics, that combats the alleged bigotries of classical science.

“Intersectionality and quantum physics can provide for differing perspectives on organizing practices long used by marginalized people, for enabling apparatuses that allow for new possibilities of safer spaces, and for practices of accountability,” she writes in the abstract for her paper, “Assembled Bodies: Reconfiguring Quantum Identities.”

Inside the paper, Stark argues that the advent of “quantum feminisms” will allow for an “anti-oppressive transformation” in the sciences.

I refer to these allying strategies as a constellatory body called “quantum feminisms” Hopefully, this locating-as-body can enflame some political closenesses that help shift apparatuses, allowing for energy, time, love, concentration to disperse and gather differently. That is, serve as a decent coalition, a relevant apparatus enabling conditions possible for thinking/mattering innovative transformative antioppression practices and helpful semantic/teleological tools and for checking the political salience of structures in work toward accountable, anti-oppressive transformation. I hope to unpack and highlight connectivities in which these quantum feminist posthuman tools can be explicitly relevant to anti-oppression struggles.

The research was published in the Minnesota Review, a literary magazine published by the Duke University Press that describes itself as a publication that publishes “contemporary poetry and fiction as well as reviews, critical commentary, and interviews of leading intellectual figures, the Minnesota Review curates smart, accessible collections of progressive new work.”

This follows a recent trend of feminism creeping into other academic disciplines. At the University of Wisconsin, a class that combines neurobiology and feminism was praised in the school’s student newspaper. A research paper published in a peer-reviewed journal argued that Women’s Studies departments should act as a “virus” that infiltrates other departments with its ideology.