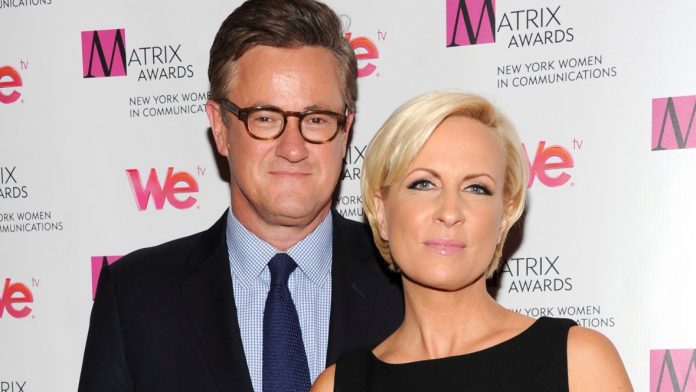 Morning Joe hosts Joe Scarborough and Mika Brzezinski said Friday that U.S. President Donald Trump lied about their December encounter in a tweet and that his “unhealthy obsession” with their program doesn’t serve his mental health or the country well.

The two MSNBC personalities postponed a vacation in order to respond to Trump’s tweet, which drew wide condemnation a day earlier because he called Brzezinski “crazy” and said she was “bleeding badly from a face-lift” when he saw them at his Florida estate.

“We were heartened to hear a number of Republican lawmakers call out Mr. Trump for his offensive words and can only hope that the women who are closest to him will follow their examples,” the hosts said in a co-bylined column posted Friday on the Washington Post’s website.

They planned to appear on their show an hour after its 6 a.m. start to discuss the issue, colleague Willie Geist said.

His colleagues warmed up for him, with panellist Donnie Deutsch calling the president “a vulgar human being.”

Known Trump for more than 10 years

For their part, the hosts said they had known Trump for more than a decade and have “fond memories” of their relationship. They were at Trump’s Mar-a-Lago estate in Florida shortly before the New Year in December to encourage Trump to give them an interview.

‘The Donald Trump we knew before the campaign was a flawed character but one who still seemed capable of keeping his worst instincts in check.’
– Joe Scarborough and Mika Brzezinski, MSNBC hosts

They said Trump was lying about Brzezinski having a face-lift, although “she did have a little skin under her chin tweaked.”

Their program and Trump have had a tortured relationship. They were criticized by some for being too close to Trump during the campaign and giving his candidacy an early boost, but have turned sharply against him. Brzezinski in recent weeks has wondered whether Trump was mentally ill and said the country under his presidency “does feel like a developing dictatorship.”

The hosts said in the Post column that they’ve noticed a change in Trump’s behavior over the past few years that left them neither shocked nor insulted by the Thursday tweet.

“The Donald Trump we knew before the campaign was a flawed character but one who still seemed capable of keeping his worst instincts in check,” they wrote.

Trump on Thursday had launched a crude Twitter attack on the brains, looks and temperament of Brzezinski, drawing bipartisan howls of outrage and leaving fellow Republicans beseeching him: Stop, please just stop.

Trump’s tweets revived concerns about his views of women in a city where civility already is in short supply and he is struggling for any support he can get for his proposals on health care, immigration and other controversial issues.

“I heard poorly rated (at)Morning—Joe speaks badly of me (don’t watch anymore),” Trump tweeted to his nearly 33 million followers Thursday morning. “Then how come low I.Q. Crazy Mika, along with Psycho Joe, came to Mar-a-Lago 3 nights in a row around New Year’s Eve, and insisted on joining me. She was bleeding badly from a face-lift. I said no!”

The tweets served to unite Democrats and Republicans for once in a chorus of protest that amounted to perhaps the loudest outcry since Trump took office.

Republican Sen. James Lankford of Oklahoma even linked the president’s harsh words to the June 14 shootings of House Majority Whip Steve Scalise and three others.

“The president’s tweets today don’t help our political or national discourse and do not provide a positive role model for our national dialogue,” Lankford said, noting that he had just chaired a hearing on the shootings.

‘Made for little hands’

On Trump’s level of insult-trading, Brzezinski responded on Twitter by posting a photograph of a Cheerios box that included the phrase “made for little hands.” People looking to get under the president’s skin have long suggested that his hands appear small for his frame.

Trump’s allies cast his outburst as positive, an example of his refusal to be bullied.

White House spokeswoman Sarah Huckabee Sanders said the president was “pushing back against people who have attacked him day after day after day. Where is the outrage on that?”

“The American people elected a fighter; they didn’t elect somebody to sit back and do nothing,” she added.

First lady Melania Trump, who has vowed to fight cyberbullying while her husband is president, gave his tweets a pass.

“As the first lady has stated publicly in the past, when her husband gets attacked, he will punch back 10 times harder,” her communications director, Stephanie Grisham, said in a statement.

The White House has shown increasing irritation over harsh coverage of the president on Brzezinski and Scarborough’s Morning Joe, including commentary questioning Trump’s mental state.