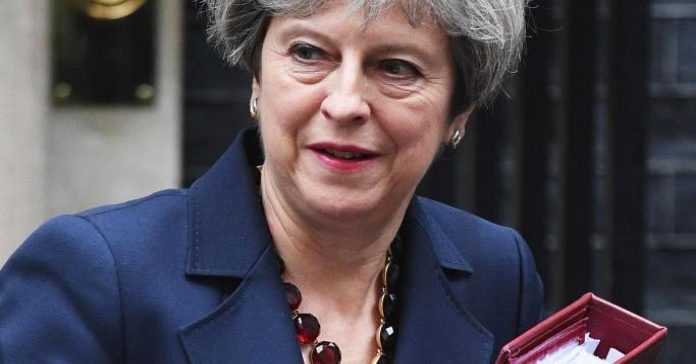 British Prime Minister Theresa May‘s Conservative minority government secured lawmakers’ backing for its legislative plans by a narrow margin Thursday, but only after making a sudden concession on abortion funding to stave off defeat.

The House of Commons voted by 323 to 309 to approve last week’s Queen’s Speech, which laid out the government’s agenda for the next two years.

The slimmed-down package jettisoned several policy pledges made by the Conservatives before Britain’s June 8 election, which saw May’s party humiliatingly stripped of its parliamentary majority.

Rejection of its legislative plan would have been a major – and possibly fatal – blow to May’s already weakened administration, which struck a deal with Northern Ireland’s Democratic Unionist Party this week to make sure it can win key votes.

May left a gathering of European leaders in Germany early to fly back for the vote, which ministers knew would be close.

May called the snap election in a misjudged attempt to bolster her majority and strengthen her authority during talks on Britain’s departure from the European Union. Instead, it left her weakened at home and abroad, and tipped Parliament into a new era of deal-making, compromise and concessions.

In a sign of the government’s fragile hold on power, government ministers were forced into a major concession hours before the vote. Fearing defeat on an opposition amendment, ministers said they would pay for women from Northern Ireland to travel to England for abortions.

Abortion is banned in Northern Ireland unless a woman’s life or mental health is in danger, and hundreds of women a year travel to other parts of the U.K. to terminate pregnancies. They must pay for the abortions, as well as for travel costs.

Labour Party lawmaker Stella Creasy obtained a vote on a motion calling for the government to ensure that women from Northern Ireland have access to free abortions. Several Conservative legislators indicated they would support the amendment because it corrected a longstanding injustice, prompting the government’s scramble to change its policy.

In a letter to lawmakers, Equalities Minister Justine Greening said women from Northern Ireland had previously been asked to pay, but “from now on it is our proposal that this will no longer happen.”

Creasy said the government’s about-face was “very encouraging” and agreed to withdraw her amendment without a vote.