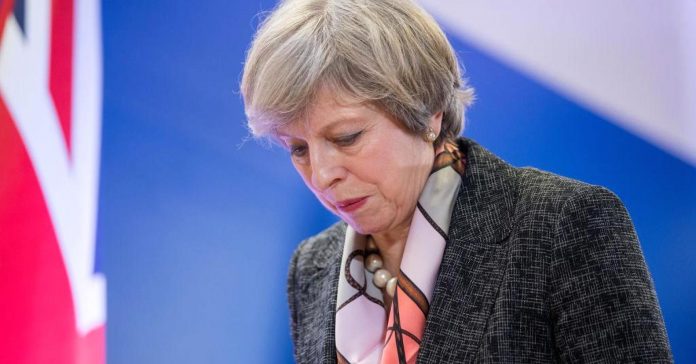 When May stunned politicians and financial markets on April 18 with her call for a snap election, opinion polls suggested she could emulate Margaret Thatcher’s 1983 majority of 144 seats or even threaten Tony Blair’s 1997 Labour majority of 179 seats.

But polls had shown May’s rating slipping over the past month and they fell sharply after she set out plans on May 18 to make some elderly people pay a greater share of their care costs, a proposal dubbed the “dementia tax” by opponents.

As her lead shrank, May was forced to backtrack on the policy at an appearance before the media on Monday at which she appeared flustered and irritated when taking questions from reporters.

Campaigning was suspended for several days after the Manchester attack but resumed on Friday.

Polls since the attack showed little evidence that May – who as a former interior minister oversaw the police and domestic intelligence agency – had gained support.

“The campaign has changed,” Johnny Heald, managing director of ORB International, said. “Expect to see a forensic focus on Brexit and security over the next two weeks.”

Opinium said May’s lead had slipped to 10 percentage points, down from 13 points the week before and from 19 percentage points on April 19. Its online survey of 2,002 people was carried out between May 23 and 24.