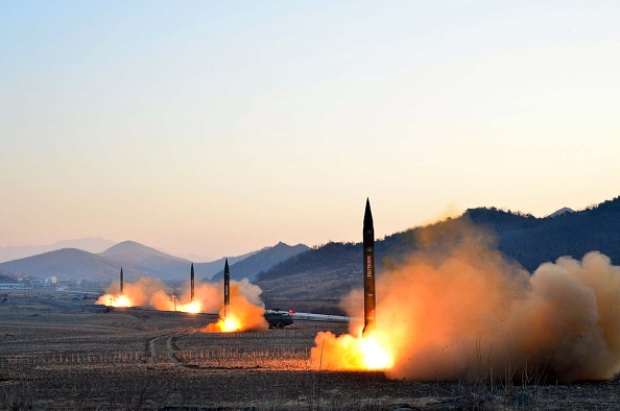 The Pentagon says it has shot down a mock warhead over the Pacific Ocean in what’s being hailed as a success for the U.S. missile defence program.

Tuesday’s test was the first of its kind in nearly three years, and it was the first test ever targeting an intercontinental-range missile, like North Korea is developing.

The military says an interceptor rocket launched from an underground silo at the Vandenberg Air Force Base in California slammed into the warhead as it travelled outside the Earth’s atmosphere after being launched from a test range on the Kwajalein Atoll in the Pacific.

During the test, a 1.5-metre-long “kill vehicle” was released from atop the interceptor and zeroed in on the ICBM-like target’s mock warhead. The “kill vehicle” featured thrusters that can home in on its target but carried no explosives.

The planned target was a custom-made missile meant to simulate an ICBM, meaning it can fly faster than missiles used in previous intercept tests, according to Christopher Johnson, spokesperson for the Pentagon’s Missile Defence Agency (MDA).

This undated picture released by North Korea’s Korean Central News Agency shows the launch of four ballistic missiles by the Korean People’s Army during a military drill at an undisclosed location. The U.S. is testing an interceptor that could destroy an ICBM. (KCNA via KNS/STR/AFP/Getty Images)

The target was not a mock-up of an actual North Korean ICBM, and details of its exact capabilities have not been made public.

The Pentagon likens the defensive tactic to hitting a bullet with a bullet.

Despite the success of the $244-million US test, it’s not confirmation that the U.S. is capable of defending itself against any intercontinental-range missile fired by North Korea.

Pyongyang is understood to be moving closer to the capability of putting a nuclear warhead on such a missile and could have developed decoys sophisticated enough to trick an interceptor into missing the real warhead.