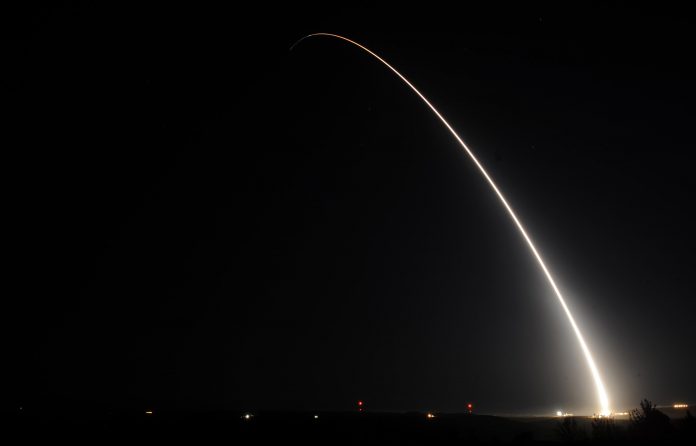 The missile test was a success! That’s the word from Pentagon officials after the Department of Defense missile shield system tracked and destroyed a dummy target Tuesday evening.

It was a test planned for years, but nobody planned for just how pivotal its timing would be. It comes just days after the North Korea regime carried out yet another missile test off its coast.

On Tuesday, the U.S. military tested for the first time an interceptor ground-base system missile, which was used to shoot down a intercontinental ballistic missile (ICBM).

In Tuesday’s test, an unarmed rocket lifted off from the Marshall Islands in the Pacific Ocean. An interceptor was then blasted off from an underground missile silo at Vandenberg Air Force Base north of Los Angeles. Pentagon officials say the missile hit its dummy target over the Pacific Ocean.

“The intercept of a complex, threat-representative ICBM target is an incredible accomplishment for the GMD system and a critical milestone for

this program,” said Missile Defense Agency Director Vice Adm. Jim Syring. “This system is vitally important to the defense of our homeland, and this test demonstrates

that we have a capable, credible deterrent against a very real threat. I am incredibly proud of the warfighters who executed this test and who operate

this system every day.”

The test was a major challenge because an intercontinental ballistic missile flies faster than a shorter-range missile.

The military has conducted 17 tests of its missile-defense system, only 9 have been successful.