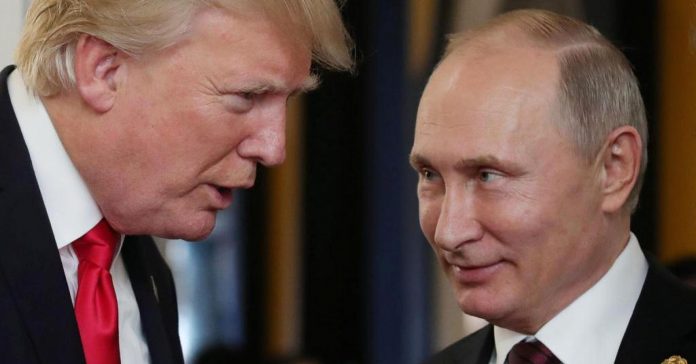 Democratic members of the U.S. House of Representatives Intelligence Committee said on
Tuesday they would keep investigating Russia and the 2016 U.S. election, despite a decision by Republicans on the panel to shut down the probe.

“We are going to do our best to continue our work. There are individuals who want to cooperate with our committee and share information, and will continue to do so,” said representative Adam Schiff, the committee’s top Democrat.

“We will be putting together a report that will set out for the country what evidence we have seen to date,” he said.

Schiff and other committee Democrats held a news conference a day after Republicans, who control Congress, said the full panel’s investigation was over and they had found no evidence of
collusion between President Donald Trump’s campaign and Moscow’s efforts to influence the vote.

Trump has repeatedly denied collusion with Russia. Moscow denies meddling in the 2016 U.S. campaign. Schiff said he could say “with confidence” that there was significant evidence of collusion between Trump’s campaign and Russia.

What I cannot say because I do not know what (U.S. Special Counsel) Bob Mueller knows is whether that evidence rises to the level beyond a reasonable doubt of conspiracy to violate U.S.
election laws,” Schiff said.

Mueller is conducting a criminal probe of Russia, the Trump campaign and the U.S. vote.

The Democrats also released a 22-page status report on the investigation, listing lines of inquiry they feel should be pursued and more than 30 witnesses the committee has still not interviewed.

They included Reince Priebus, a former Trump White House chief of staff, and former White House spokesman Sean Spicer, as well as Natalia Veselnitskaya, a Russian lawyer who participated in a June 2016 meeting with Trump’s son Donald Jr. and other close Trump associates.

Among the concerns in the status report were “credible allegations as to the use of Trump properties to launder money by Russian oligarchs, criminals, and regime cronies.”

It also questioned whether “candidate Trump’s financial exposure via Deutsche Bank or other private loans constituted a point of leverage that Russia may have exploited and may still be using?”

The report said the committee should request related documents and hear testimony from Deutsche Bank, “via subpoena if necessary,” to evaluate such allegations.

Republican Representative Mike Conaway, who led the committee probe, seemed to walk back the Republicans’ assertion that they had seen no evidence the Russians sought to help Trump
and hurt his Democratic opponent, Hillary Clinton.

The Republicans’ statement on Monday contradicted the findings of the Central Intelligence Agency, National Security Agency and Federal Bureau of Investigation that the Russian effort sought to boost Trump.

Conaway told reporters the Russians had tried to hurt Clinton, but it was a matter of interpretation. “Glass half full, glass half empty. You can pitch that either way,” he said.