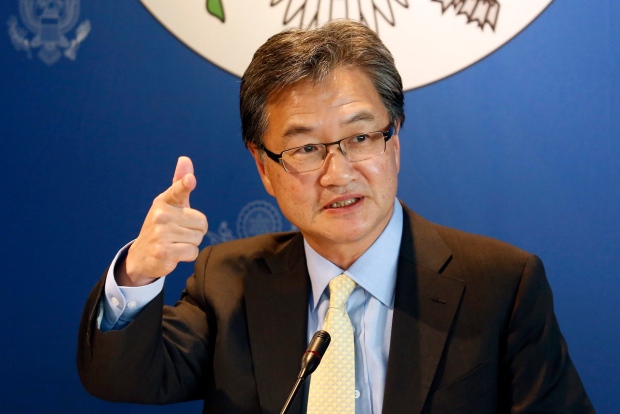 Joseph Yun, the 30-year veteran of the U.S. foreign service who retained quiet contacts with North Korea amid the Trump administration’s turbulent first year, is retiring as Washington and Pyongyang step up considerations for formal diplomatic talks.

Yun told The Associated Press he will stand down as special representative for North Korean policy on Friday. He said his decision to retire is entirely his own but it comes at a surprising juncture, just as American ally South Korea relayed that the North is open to direct discussions with the United States.

His departure will leave the Trump administration without an envoy for engaging North Korea or an ambassador in South Korea.

Yun, a former U.S. ambassador to Malaysia, has been the State Department’s point-man for its limited contact with the North Korean government through a back channel at the nation’s diplomatic mission to the UN in New York.

The adversaries from the Korean War don’t have formal relations, and the so-called “New York channel” is the primary means for conveying messages between the two governments.

“One of my accomplishments has been to open the New York channel soon after the Trump administration got in,” Yun told AP. “That allowed for direct talks and direct communication. Really, there is no problem with communicating. It’s problems of engagement that have been difficult.”

Yun visited Pyongyang in June to secure the release of U.S. college student Otto Warmbier, who had been imprisoned for 17 months for stealing a propaganda poster.

Warmbier died days after his repatriation. Yun has been frustrated by North Korea’s reluctance to release the remaining Americans held in North Korea and discuss its nuclear weapons program, which U.S. President Donald Trump has threatened to dismantle by force, if necessary. 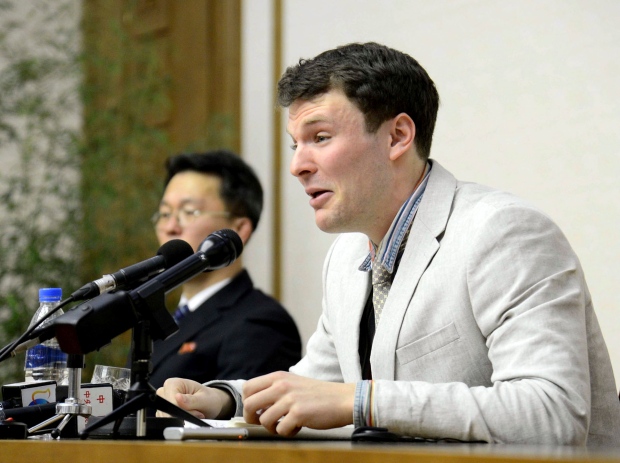 “We are sorry to see him retire, but our diplomatic efforts regarding North Korea will continue based on our maximum pressure campaign to isolate the DPRK until it agrees to begin credible talks toward a denuclearized Korean peninsula,” Nauert said, using the initials of the North’s official name.

It was not immediately clear who would replace Yun or if the vacancy would be filled with a U.S. official maintaining closer ties to Trump. The ambassador post in South Korea has been vacant for the past year, adding to questions about the direction of U.S. policy as Trump has vacillated between talk of war and willingness to speak directly with leader Kim Jong-un.

A rapprochement between the two Koreas, inspired by South Korea’s recent hosting of the Winter Olympics, offers a glimmer of hope for diplomacy. 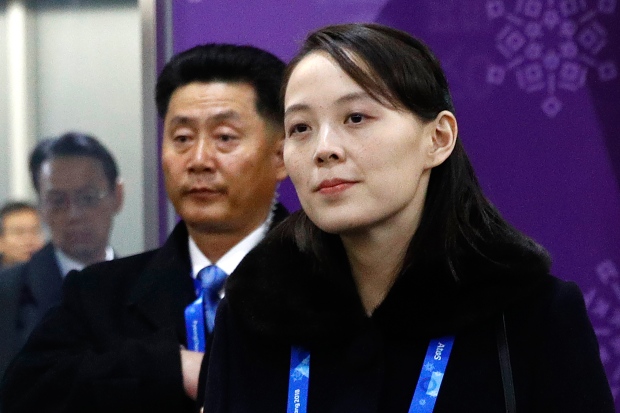 Kim Jong-un’s sister Kim Yo Jong was at the opening ceremony of the 2018 Winter Olympic Games in South Korea earlier this month. (Patrick Semansky/AFP/Getty Images)

During Sunday’s closing ceremony for the Olympics Games, the office of South Korean President Moon Jae-in reported that a North Korean delegate to the Olympics said his country has “ample intentions of holding talks with the United States.”

Experts described Yun as one of the few U.S. officials with experience dealing at a senior level with North Korea. They predicted his departure will add to doubts about U.S. willingness to conduct diplomacy with Pyongyang, while compounding the depletion of the State Department’s top ranks since Trump took office.

“Although U.S. strategy is supposedly maximum pressure ‘and engagement,’ Joe Yun was the only one seriously trying engagement,” said Mark Fitzpatrick at the International Institute for Strategic Studies think-tank . “He is joining a large exodus of senior State Department officials who will be hard to replace.”

Trump, who has threatened military force against North Korea in sometimes colourful tones, is determined to stop Kim’s government from perfecting a nuclear-tipped missile that can strike the U.S. mainland. On Monday, Trump responded to the North’s reported overture by saying talks will happen only “under the right conditions.”

The North hasn’t tested a nuclear device or ballistic missile for months. But the U.S. has pressed on with ever tougher sanctions, including a new set on the North’s shipping capabilities. Trump warned last week that if sanctions fail, the U.S. would move to “phase two” in its pressure campaign, which could be “very rough” and “very unfortunate for the world.”