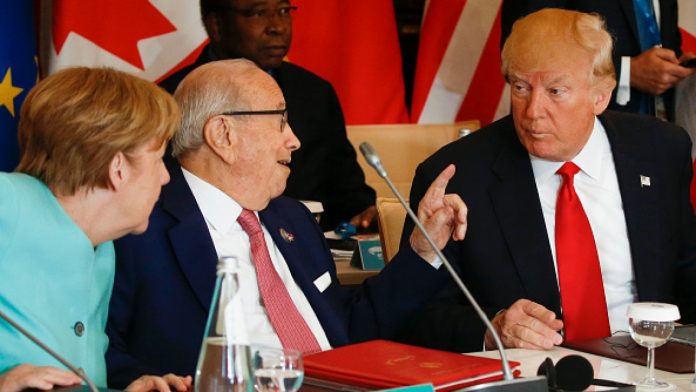 U.S. President Donald Trump has agreed to include a pledge to fight trade protectionism in a final communique due to be released later on Saturday at the end of a summit of Group of Seven leaders, a G7 source said.

Trump has previously endorsed protectionist measures, saying the United States was suffering due to unfair trade practices from some of its main Western allies, including Germany, as well as from China and some developing nations.

“Trump agreed that the fight against protectionism should be in the final statement,” a G7 source said.

On a separate matter, the G7 leaders meeting in Taormina, Sicily have reached a deal to give the Trump administration time to tell them whether the United States plans to stay in the Paris climate agreement.

The source, who spoke on condition of anonymity to discuss the matter before the formal announcement, said six members of the G7 would stick with their endorsement of the Paris deal, and await a decision from the U.S.

European leaders have been lobbying to stop Trump from abandoning the Paris climate accord, using multiple meetings in the past week to sell the American leader on the global agreement to reduce carbon emissions.

The leaders of Britain, Canada, France, Germany, Japan, the U.S. and Italy have been joined by representatives of the European Union and the International Monetary Fund, as well as teams from Ethiopia, Kenya, Niger, Nigeria and Tunisia during the two-day summit, which concludes Saturday.