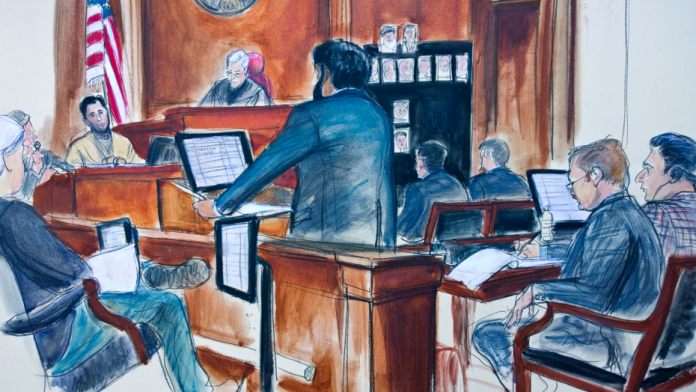 ANKARA, Turkey –  A senior Turkish government minister on Thursday branded the New York trial of a Turkish bank executive on charges of violation of sanctions against Iran as a new attempt by U.S.-based cleric Fethullah Gulen to harm Turkey’s government.

Zarrab has pleaded guilty and is now cooperating with U.S. investigators against Halkbank’s former deputy chief, Mehmet Hakan Atilla, who is charged in a conspiracy that involved bribes and kickbacks to high-level government officials.

Zarrab testified on Wednesday that he paid over $50 million in bribes to Turkey’s former finance minister Zafer Caglayan in 2012 for his help in laundering Iranian money. He said the sanctions-evasion scheme was done in consultation with Atilla, who has pleaded not guilty.

Turkey claims the U.S. judiciary has been influenced by a network led by Gulen and has portrayed the trial, which has added to tensions between Ankara and Washington, as a sham aimed at discrediting President Recep Tayyip Erdogan’s government.

Ankara also says Gulen’s movement was behind a bribery and corruption scandal involving Zarrab and sons of ministers in 2013. The scandal led to Caglayan and three other ministers’ resignations but the allegations were dropped after Erdogan dismissed police and prosecutors conducting the probe.

“What (Gulen’s movement) was not able to achieve here, it is trying to achieve in there (New York),” Bozdag said.

He also said the trial would not succeed in “destroying the love and respect” of the Turkish people toward Erdogan.