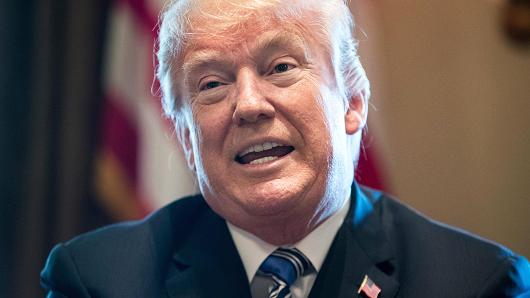 President Donald J. Trump speaks during a meeting with members of his Cabinet, in the Cabinet Room of the White House March 8, 2018 in Washington, DC.

A military parade requested by President Donald Trump will take place in November on Veterans Day in Washington D.C. but to minimize damage to roads, will not include tanks, a Pentagon memo released on Friday said.

The memo listed a number of guidelines for the parade on Nov. 11.

“Include wheeled vehicles only, no tanks – consideration must be given to minimize damage to local infrastructure,” the memo said.