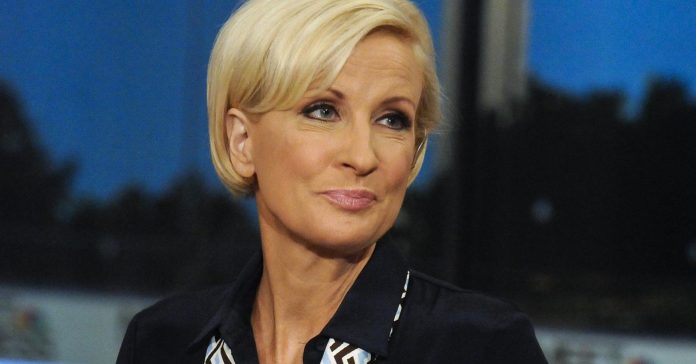 It seems to have taken the election of a businessman president to shine a spotlight on, and start an overdue national conversation about, some of the most pernicious forms of workplace sexism.

In two tweets posted Thursday, Donald Trump writes that he has heard Joe Scarborough and Mika Brzezinski, hosts of MSNBC’s “Morning Joe,” speak “badly” of him. Noting that he no longer watches the program, Trump wonders why “low I.Q. Crazy Mika” and “Psycho Joe” would have come to his Mar-a-Lago resort at New Year’s Eve, hoping to join him.

He writes that, at the time, Brzezinski was “bleeding badly from a face-lift” and that he “said no!”

The response to Trump’s missives has been swift, profuse and bipartisan. Some have focused on how inappropriate it is for the leader of the free world to be personally attacking morning show hosts on social media, while others have zeroed in on the distinctly sexist way in which Trump chose to insult Brzezinski.

The Washington Post’s Callum Borchers writes, “The posts followed a consistent pattern: When Trump hits Brzezinski and Scarborough on Twitter, he hits Brzezinski harder, more personally and in a way that seems designed to portray her as someone who is insecure (‘facelift’) and unintelligent (‘low IQ’) — and who would not be on TV if not for her romantic relationship with Scarborough, to whom she was recently engaged.”

Trump’s use of the word “crazy,” too, seems to have gendered connotations. Professional women have long fought against the stereotype that they’re more emotional than their male counterparts, or even emotionally unstable.

Democrats like Nancy Pelosi and Barbara Lee have demanded an apology from the President. So have Republicans like Ben Sasse and Lindsay Graham, as well as conservative pundits like Bill Kristol, who told the President, “You are a pig.”

This isn’t the first time Trump has gone after a woman in viciously personal terms (see: Rosie O’Donnell). Nor is it the first time he’s castigated a female journalist after a perceived slight: He also disparaged “Little Katy” Tur, whom Trump called a “third-rate reporter” and accused of refusing to report on crowd size at his rallies.

It’s not even the first time he’s hurled accusations of bleeding-while-female — who could forget his infamous post-debate remarks about “blood coming out of” Megyn Kelly’s “wherever?”