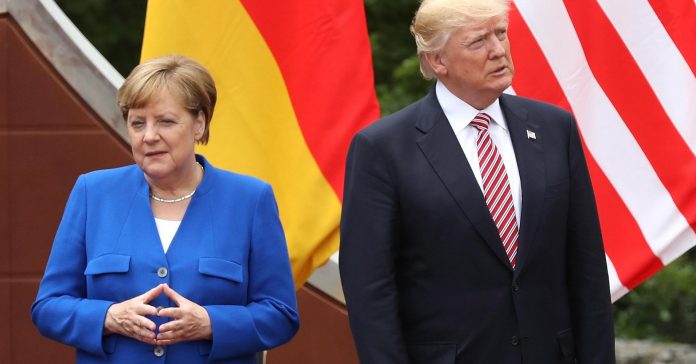 “The U.S. has a trade deficit because consumers have money to spend — and they spend it,” said Merrill Matthews, resident scholar the Institute for Policy Innovation, in a recent post. “Moreover, when U.S. consumers buy foreign goods and services (the current account), that money returns in the form of investment (the capital account). In other words, the accounts balance.“

But Trump’s Twitter tantrum with Germany, and his protectionist stance last week with European carries larger risks than a simply misunderstanding the economics of global trade, according to Carl Weinberg, chief economist at Economics.

“President Trump effectively disavowed the United States’ role as the leader of world trade and globalization,” he said in a note to clients.

Weinberg cautioned that Trump’s scolding of European leaders will only prompt those countries to forge closer ties with China, whose leaders have made clear they are happy to fill any economic void created by the United States’ move toward more isolationist policies.

“Growth prospects for Europe, longer term, will be greatly enhanced if Europe can access China’s Silk Routes and thus acquire an additional four billion customers for its exports,” said Weinberg. “This is the basis for a sea change in global power. Watch out.”