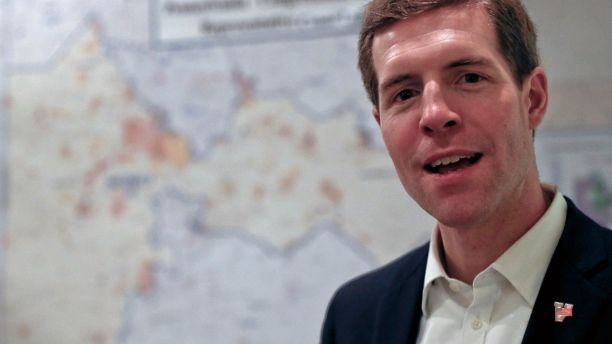 President Trump is known for giving his political opponents and critics nicknames, especially on social media.

Read on for a list of Trump’s most iconic nicknames.

Ahead of a tight special House election in Pennsylvania, Trump visited the Keystone state to stump for Republican Rick Saccone – and hit Democrat Conor Lamb.

Trump accused Lamb of saying “nice things” in order to get elected in “Trump country,” but promised those at a rally that the Democrat “is not going to vote for us” if elected. And the president dubbed the 33-year-old Marine “Lamb the Sham.”

Trump also said he is “better looking” than Lamb. 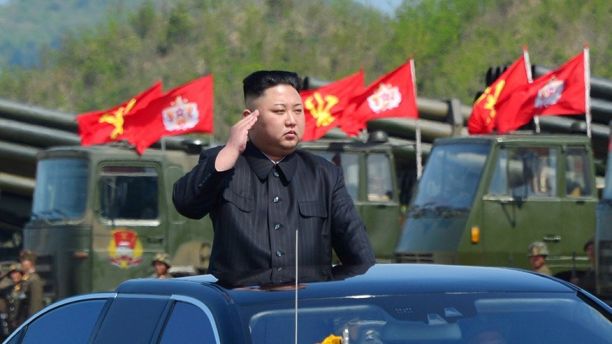 Trump has never really had kind things to say about North Korea leader Kim Jong Un – referring to him on Twitter as a “maniac” a “whack job” and “rocket man” –  which is a “President Trump original,” White House Press Secretary Sarah Sanders told Fox News.

Trump tried out the “rocket man” nickname at the 2017 United Nations General Assembly.

“The Chinese Envoy, who just returned from North Korea, seems to have had no impact on Little Rocket Man. Hard to believe his people, and the military, put up with living in such horrible conditions. Russia and China condemned the launch,” he tweeted.

In addition, Trump has called the North Korean leader a “sick puppy.” 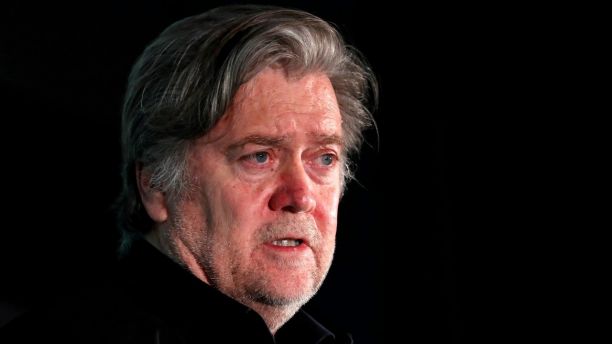 Steve Bannon used to be in the president’s good graces, but the pair has had a very public falling out. Bannon, the former White House chief strategist and ex-Breitbart executive, was quoted in a blistering tell-all book, painting the president’s son in a negative light.

Trump heavily rebuked Bannon in a public statement, saying Bannon “lost his mind” after he was “fired” from the White House.

“Steve was rarely in a one-on-one meeting with me and only pretends to have had influence to fool a few people with no access and no clue, whom he helped write phony books,” Trump said.

Ahead of the release of the controversial book by Michael Wolff, “Fire and Fury: Inside the Trump White House,” Trump slammed both the author and Bannon on social media – giving Bannon his nickname.

“Look at this guy’s past and watch what happens to him and Sloppy Steve,” Trump warned.

Trump reiterated the “Sloppy Steve” nickname in other tweets, including one which he praised the Mercer family – wealthy conservative mega-donors – for having “dropped the leaker known as Sloppy Steve Bannon.” 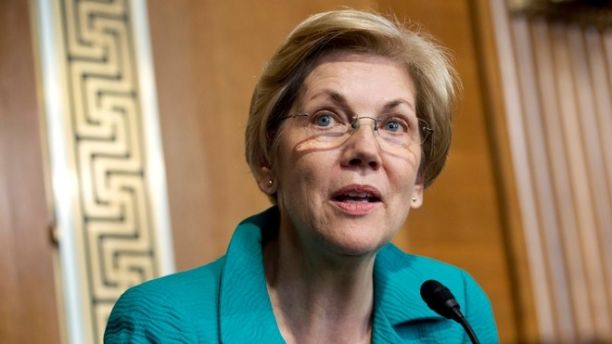 The president reused one of his favorite nicknames for Sen. Elizabeth Warren, D-Mass., while he honored Navajo code talkers at the White House in November. At the event – held to honor the Native Americans who used their native language during World Wars I and II to help the U.S. – Trump mocked Warren as “Pocahontas.”

Trump has often criticized Warren, specifically over her claim to be of Native American heritage.

“She’s got about as much Indian blood as I have. Her whole life was based on a fraud,” Trump told The New York Times in May 2016. 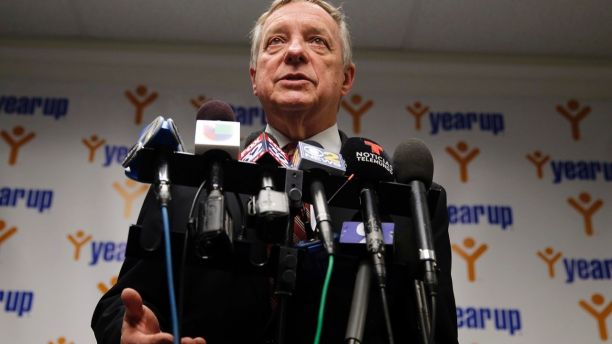 “Senator Dicky Durbin totally misrepresented what was said at the DACA meeting. Deals can’t get made when there is no trust! Durbin blew DACA and is hurting our military,” said Trump in a tweet.

Durbin was part of a group of lawmakers who visited Trump at the White House in January to discuss immigration reform. After reports surfaced that Trump referred to certain nations as “s—hole countries” at the bilateral meeting, Durbin accused the president of saying “things that were hate-filled, vile and racist.”

Trump has admitted to using “tough” language at the meeting but denied certain remarks attributed to him. 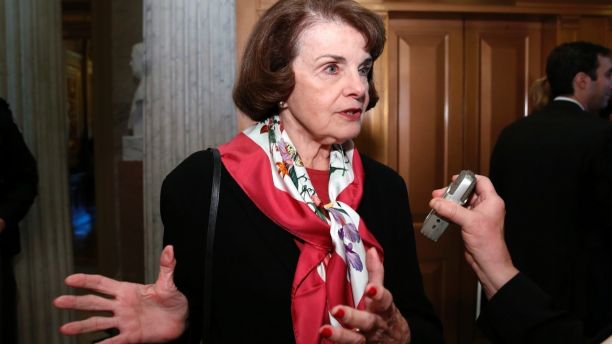 A transcript of a Fusion GPS official’s August interview with the Senate Judiciary Committee was unilaterally released by the committee’s ranking member, Sen. Dianne Feinstein, D-Calif.

The release of the bombshell interview drew ire from some Republicans, including the president and Senate Judiciary Committee Chairman Chuck Grassley, R-Iowa.

In a tweet following the release, Trump blasted the 84-year-old senator and called her “Sneaky Dianne Feinstein.”

“The fact that Sneaky Dianne Feinstein, who has on numerous occasions stated that collusion between Trump/Russia has not been found, would release testimony in such an underhanded and possibly illegal way, totally without authorization, is a disgrace,” Trump tweeted. “Must have tough Primary!” 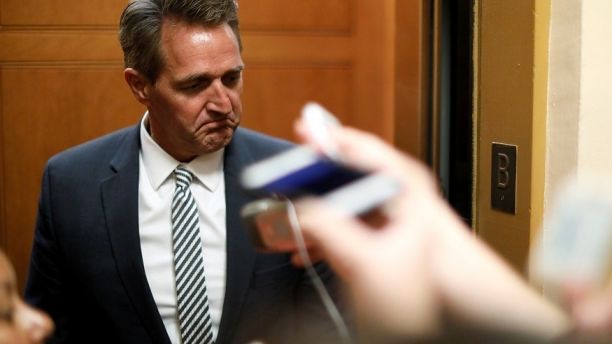 Like Trump and Sen. Bob Corker, Trump and Republican Sen. Jeff Flake have been feuding for quite some time. In announcing his retirement from the Senate in October, Flake slammed both the Republican Party and Trump.

And Flake was recently caught on a hot mic saying if the GOP “becomes the party of Roy Moore and Donald Trump, we’re toast.” That comment gave Trump the opportunity to dub the Arizona senator “Jeff Flakey.”

“Sen. Jeff Flake(y), who is unelectable in the Great State of Arizona (quit race, anemic polls) was caught (purposely) on ‘mike’ saying bad things about your favorite President. He’ll be a NO on tax cuts because his political career anyway is ‘toast,’” Trump tweeted on Nov. 19. 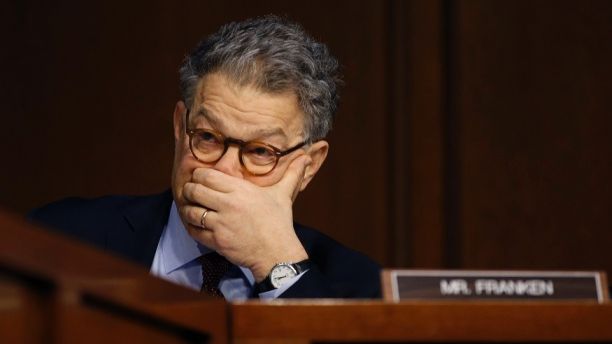 After Sen. Al Franken, D-Minn., was accused of kissing and groping Los Angeles radio host Leeann Tweeden during a USO tour in 2006, Trump blasted the lawmaker on Twitter.

“The Al Frankenstien picture is really bad, speaks a thousand words. Where do his hands go in pictures 2, 3, 4, 5 & 6 while she sleeps?” Trump wrote, including an apparent misspelling of “Frankenstein.” “And to think that just last week he was lecturing anyone who would listen about sexual harassment and respect for women. Lesley Stahl tape?” 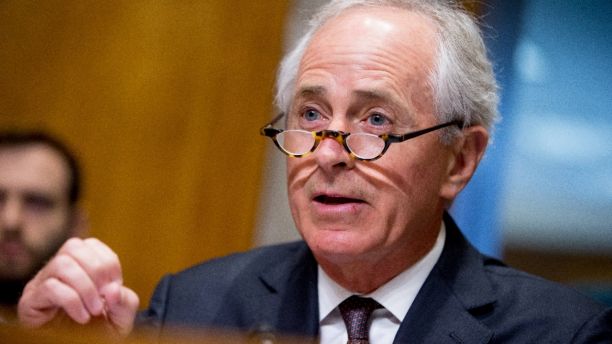 The feud between Trump and Sen. Bob Corker has been going on for some time, but the Tennessee senator finally got a nickname.

“The Failing [New York Times] set Liddle’ Bob Corker up by recording his conversation. Was made to sound a fool, and that’s what I am dealing with!” Trump tweeted on Oct. 10.

Corker slammed Trump in an interview with the newspaper and said the president is so reckless that he might be “on the path to World War III.” A transcript from the interview revealed that Corker acknowledged the conversation was on the record. 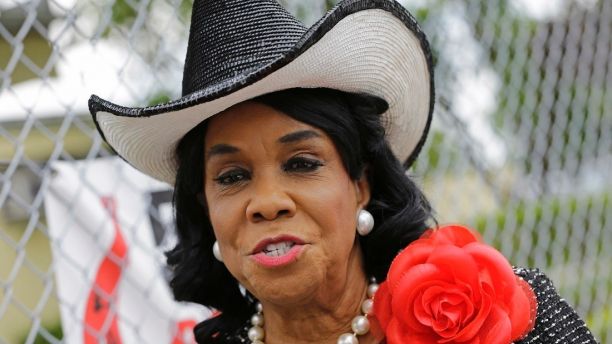 As Trump and Rep. Frederica Wilson feud over comments made to a Gold Star family, the president has nicknamed the Florida Democrat “Wacky Congresswoman Wilson.”

Trump and Rep. Frederica Wilson, D-Fla., are locked in a public feud involving a Gold Star family – earning the Florida congresswoman her nickname.

“The Fake News is going crazy with wacky Congresswoman Wilson (D), who was SECRETELY on a very personal call, and gave a total lie on content!” Trump tweeted Oct. 19.

Wilson accused Trump of making insensitive remarks to the pregnant widow of one of the four American soldiers killed during an attack in Niger. The White House, including chief of staff John Kelly, has ardently defended the president’s comments. 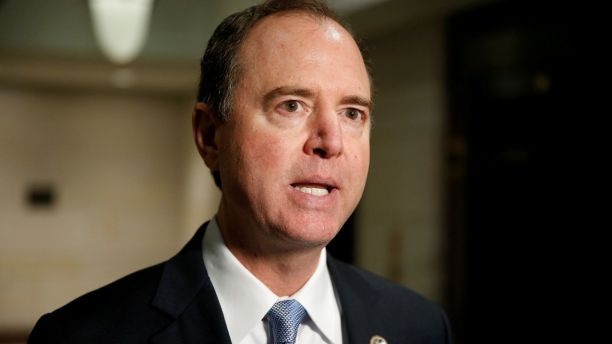 President Trump accused “Little Adam Schiff,” a Democratic congressman, of being “one of the biggest liars and leakers in Washington.”

Trump accused Rep. Adam Schiff of leaking “confidential information” from “closed committee hearings” and called for him to “be stopped.” The president also referred to the Democrat from California as “Little Adam Schiff.”

“Little Adam Schiff, who is desperate to run for higher office, is one of the biggest liars and leakers in Washington,” Trump said in a tweet, comparing him to former FBI Director James Comey, former National Intelligence Director James Clapper and former CIA Director John Brennan. “Adam leaves closed committee hearings to illegally leak confidential information. Must be stopped!”

Schiff is the ranking minority member on the House Intelligence Committee which released a controversial memo that detailed alleged improper surveillance techniques used in the Russia investigation. Schiff was critical of the memo’s public release – supported by Republicans – calling it “misleading” and “undermining” of the probe. 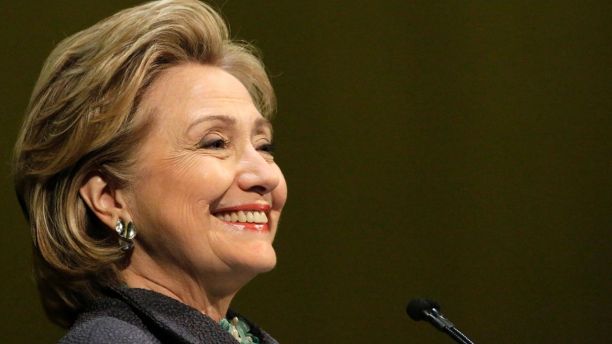 Throughout the presidential campaign, Trump would often hit his opponent, Hillary Clinton, with criticisms on social media. Trump gave her the nickname “Crooked Hillary,” usually when he mentioned her use of a private email server during her tenure as secretary of state.

The first time Trump tweeted about “Crooked Hillary” was in April 2016.

Sometimes Trump switched it up and would call the former first lady “Lyin’ Hillary.” 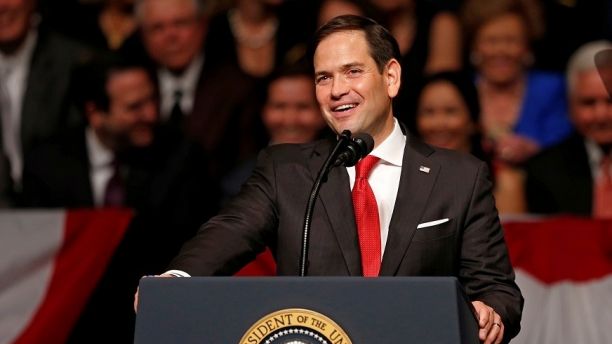 During the 2016 presidential campaign, Trump would often refer to Sen. Marco Rubio, R-Fla., as “Little Marco.”

The rhetoric among the Republican presidential contenders hit a different kind of low as Florida Sen. Marco Rubio went after Trump for having “small hands” and Trump started to call the senator “Little Marco.” The two also discussed the size of Trump’s hands – and other things – during a GOP debate in March 2016. 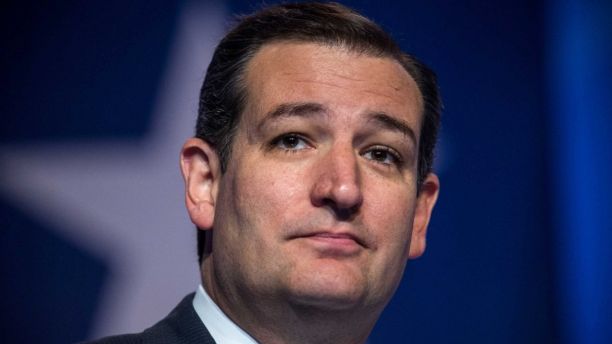 Texas Sen. Ted Cruz and Trump didn’t start out as enemies during the 2016 campaign, but the two Republican contenders were soon at each other’s throats. Trump dubbed Cruz “Lyin’ Ted” when he went after him for his immigration policies in a campaign ad in March 2016. 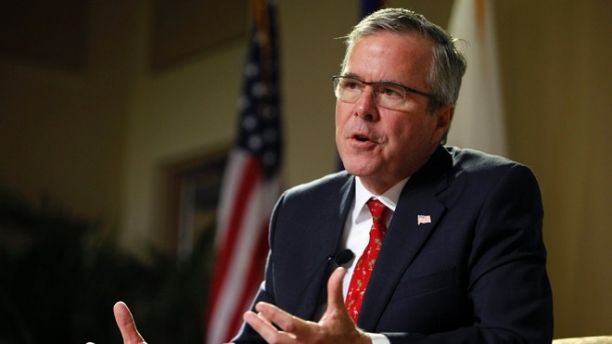 Despite the exclamation point in Bush’s campaign logo, Trump started to use the nickname to criticize his opponent during the campaign. Trump told Business Insider that there wasn’t a backstory to the nickname, he “just seemed” like a “low energy” person to Trump. 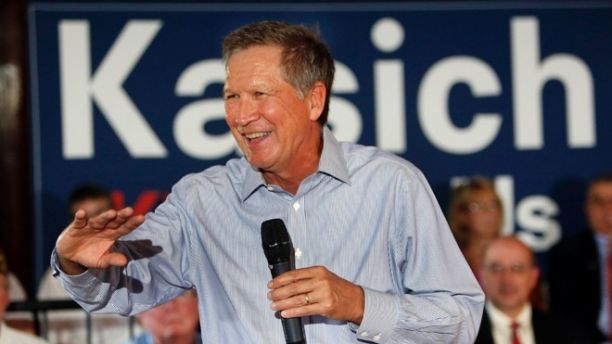 Ohio Gov. John Kasich became known to Trump as “1 in 38” because he only one one state in the GOP presidential primaries.

When Ohio Gov. John Kasich attempted to team up with Cruz during the Republican primary to deny Trump the party’s nomination, Trump took to Twitter to dole out a new nickname. And Kasich became “1 for 38.”

Trump assigned Kasich the name because he won only one state in the primary and lost the others, Trump said in a statement in August 2016. Eventually Kasich would also be referred to as “1 for 42” by the eventual president. 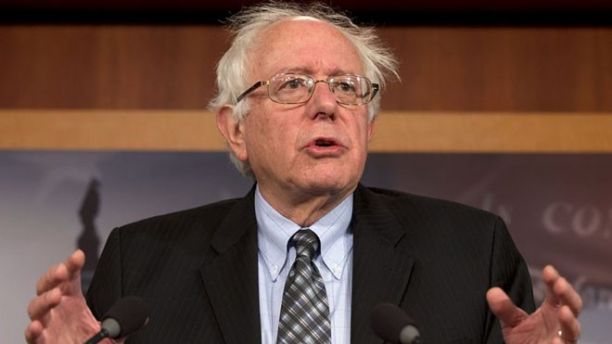 Sen. Bernie Sanders, the white-haired Independent socialist who became a progressive icon during the 2016 election, earned himself the nickname “Crazy Bernie” from Trump.

Trump first tweeted about “Crazy Bernie” in May 2016 when he criticized “Crooked Hillary” for “looking very bad against” Sanders. 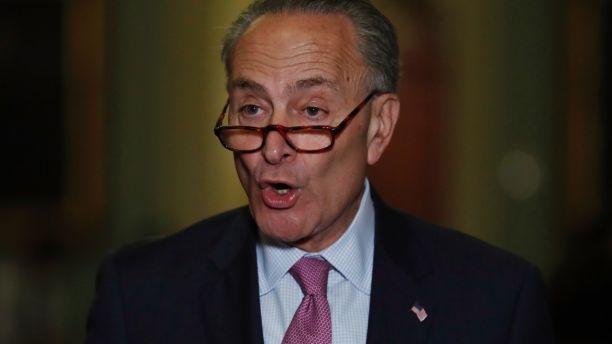 “Cryin’ Chuck Schumer stated recently, “I do not have confidence in him (James Comey) any longer.” Then acts so indignant,” he tweeted on May 9, 2017.

Schumer shed some tears when he discussed Trump’s immigration ban earlier in 2017. 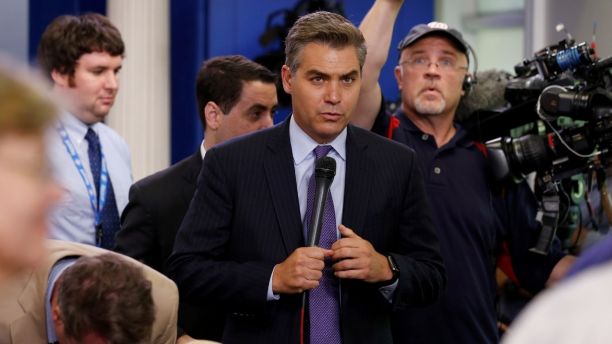 Trump had a surprising tweet of gratitude Tuesday morning for CNN’s White House correspondent, Jim Acosta – while also bestowing a nickname on his media adversary.

The president and his administration has often slammed Acosta and CNN for coverage they deem unfair – or “fake news.” Trump has also kicked Acosta out of the Oval Office. 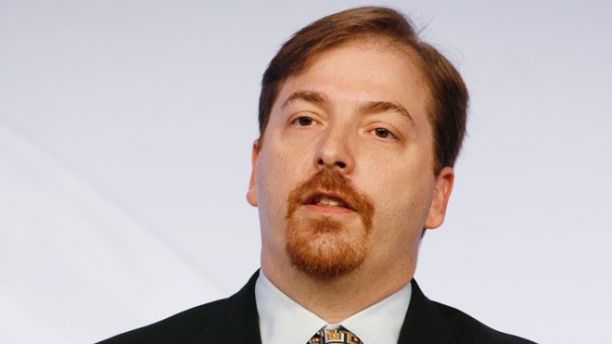 Trump has thought NBC reporter Chuck Todd has looked “sleepy” long before the election or campaign. He first dubbed Todd “sleepy” in a 2001 tweet, but upgraded his nickname to “Sleepy Eyes” by 2012.

And in 2018, at a campaign rally for a Republican congressional candidate, Trump slammed the NBC anchor as a “son of a b—–.”

Trump mentioned a 1999 “Meet the Press” appearance when he discussed North Korea.

Dumb as a Rock Mika 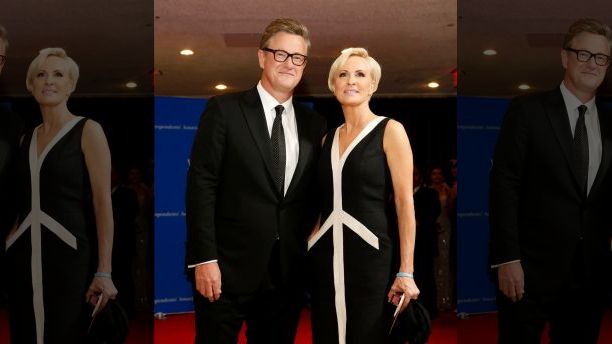 From writer Touré to National Review, Trump has called many things “dumb as a rock.” But Mika Brzezinski, co-host of MSNBC’s “Morning Joe” earned the nickname in July after she and Joe Scarborough criticized the president.

“Crazy Joe Scarborough and dumb as a rock Mika are not bad people, but their low rated show is dominated by their NBC bosses,” he tweeted. “Too bad!”

His attack on the news anchor continued, as he called her “low I.Q. Crazy Mika” and said she was “bleeding badly from a face-lift” when she came to Mar-a-Lago around New Year’s Eve. 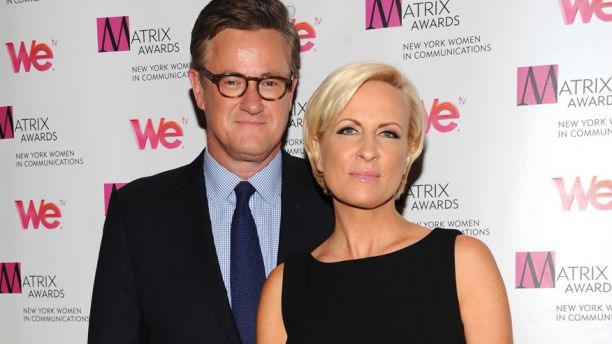 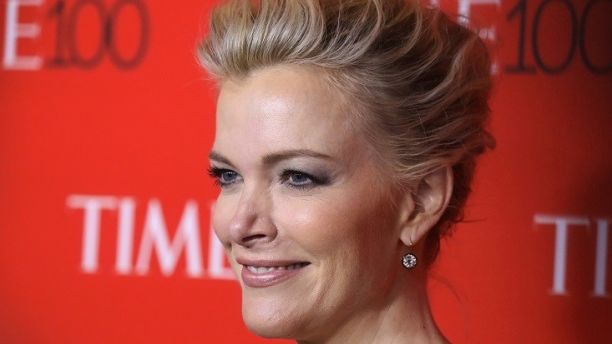 Fox News’ Matt Richardson and The Associated Press contributed to this report.