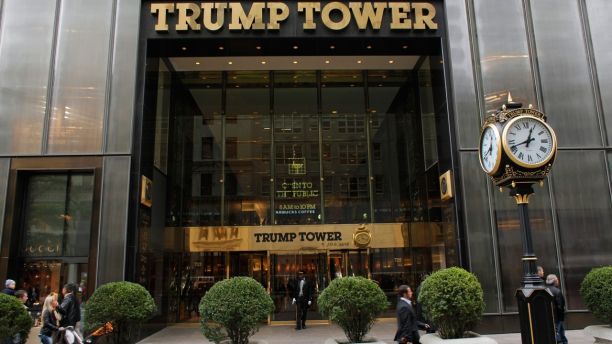 Donald Trump is the first president to govern by Twitter.

And during his first year in office, he’s used the social media platform to announce new policies, pressure wavering lawmakers, battle the media, rally support for his agenda and otherwise steer the national conversation.

Despite lacking the official gravitas of a formal speech, these messages are taken seriously. Earlier this year, former White House Press Secretary Sean Spicer said Trump’s tweets “are considered official statements by the president of the United States.”

The forum, though, has come with pitfalls for the quick-to-type president who’s seemingly feuding with the media and Democrats on a daily basis.

Here is a list of the most explosive Trump tweets of 2017:

Trump caused an uproar in March over a tweet suggesting former President Barack Obama wire-tapped Trump Tower during the election.

“Terrible! Just found out that Obama had my ‘wires tapped’ in Trump Tower just before the victory. Nothing found. This is McCarthyism!” Trump tweeted March 4.

Later that day, he added: “Is it legal for a sitting President to be ‘wire tapping’ a race for president prior to an election? Turned down by court earlier. A NEW LOW!”

“How low has President Obama gone to tapp my phones during the very sacred election process. This is Nixon/ Watergate. Bad (or sick) guy!” Trump tweeted that same morning.

Trump never produced evidence to support his claims, and a spokesman for Obama denied its accuracy — though CNN reported that Trump campaign chairman Paul Manafort was wiretapped before and after the election. 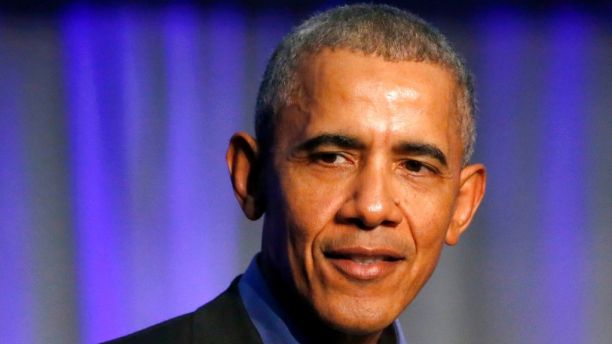 In September, the Justice Department also made a statement in a Freedom of Information Act lawsuit that they had no evidence to support Trump’s claim.

‘Enemy of the American people’

President Trump has been battling the media all year, regularly calling them the “FAKE NEWS” as he seeks to undermine their credibility.

Some journalists claim Trump’s rhetoric has gone too far. This one, in particular, struck a nerve with the media:

“The FAKE NEWS media (failing @nytimes, @NBCNews, @ABC, @CBS, @CNN) is not my enemy, it is the enemy of the American People!” Trump tweeted on Feb. 17.

The president has kept up his criticism of the media through the year, calling them out for getting recent stories about the Russia probe wrong, and at times suggesting their anonymous sources do not exist.

Perhaps Trump’s most significant use of Twitter all year was to announce a major policy change for the military.

On July 26, in a three-tweet series, the president wrote:

“After consultation with my Generals and military experts, please be advised that the United States Government will not accept or allow…Transgender individuals to serve in any capacity in the U.S. Military. Our Military must be focused on decisive and overwhelming victory and cannot be burdened with the tremendous medical costs and disruption that transgender in the military would entail. Thank you.”

This led to a scramble at the Defense Department as well as legal challenges. 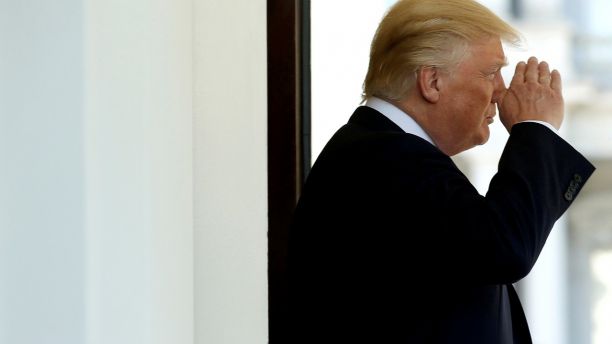 Earlier this month, though, the Pentagon announced plans to allow transgender people to enlist in the military beginning Jan. 1, after a federal court ordered the military to do so despite opposition from Trump. 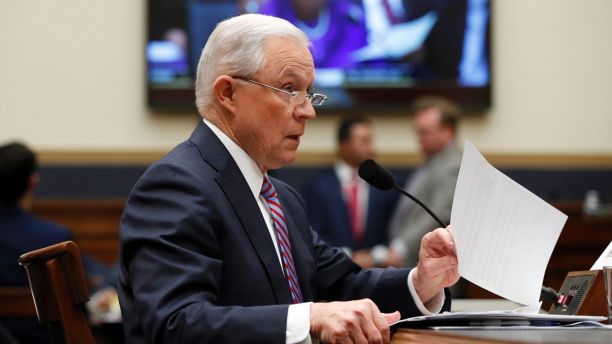 Attorney General Jeff Sessions has been criticized, repeatedly, by Trump –in part for his recusal from the Russia probe, and for his “weak” stance in launching an investigation into Hillary Clinton.

Trump has used his Twitter account to call out his own Cabinet officials, including Attorney General Jeff Sessions and Secretary of State Rex Tillerson. His tweets made lawmakers on Capitol Hill and members of the media question whether his support was wavering for members of his own administration.

One day later, it emerged that Sessions would launch an official Justice Department probe into leaks. The attorney general officially announced the hunt for intel leakers Aug. 4.

And there was this:

“I told Rex Tillerson, our wonderful Secretary of State, that he is wasting our time trying to negotiate with Little Rocket Man,” Trump tweeted on Oct. 1. “Save your energy Rex, we’ll do what has to be done!”

While his tweet for Tillerson wasn’t quite as harsh as the one for Sessions, it was seen as an attempt to undermine U.S. diplomatic efforts with North Korea. 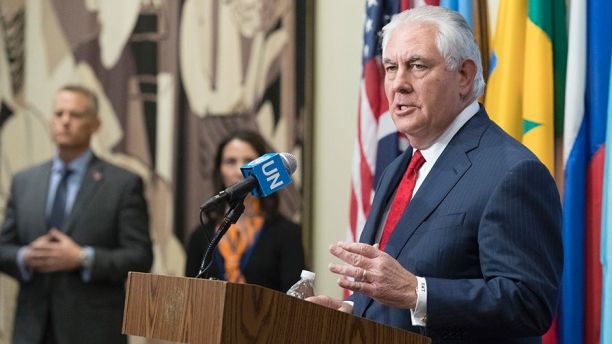 Secretary of State Rex Tillerson has been rumored to be on the outs with the Trump administration, but the White House has denied it.

Multiple media reports have questioned whether Tillerson will remain at the State Department next year.

On May 12, days after he fired James Comey as FBI director, Trump warned Comey about leaking to the press, after a supposed private dinner between the two emerged in the New York Times. 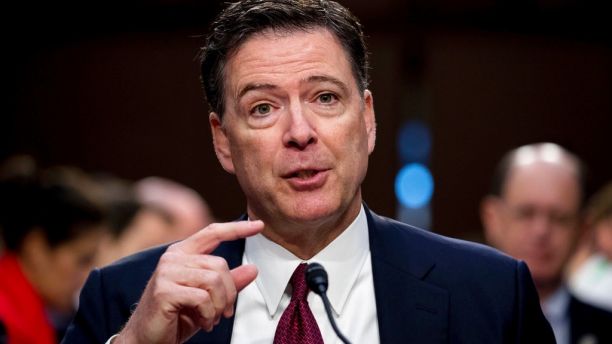 President Trump said he did not make recordings of conversations in the Oval Office with former FBI Director James Comey, whom he fired on May 8.

“James Comey better hope that there are no ‘tapes’ of our conversations before he starts leaking to the press!” Trump tweeted.

This launched questions over whether Trump had been recording his conversations with the then-FBI director.

A month later, Trump addressed those questions on Twitter, saying he “did not make” and did not have any recordings.

“I had to fire General Flynn because he lied to the Vice President and the FBI. He has pled guilty to those lies,” Trump tweeted Dec. 2.

Trump said in February that he fired Flynn for lying to Vice President Pence about Russia contacts. The tweet suggested to some that Trump knew Flynn lied to agents and fueled accusations that he may have obstructed justice by reportedly asking Comey in February to ease up on Flynn.

Trump’s attorney, John Dowd, attempted to explain that the tweet was referring to then-acting Attorney General Sally Yates telling White House Counsel Don McGahn in January that Flynn had “given the agents the same story he gave the vice president.”

Trump went on to blast the bureau for a “rigged system” and a “double standard.”

“So General Flynn lies to the FBI and his life is destroyed, while Crooked Hillary Clinton, on that now famous FBI holiday ‘interrogation’ with no swearing in and no recording, lies many times…and nothing happens to her? Rigged system, or just a double standard?” Trump tweeted.

The following day, he continued his attacks on the FBI.

“After years of Comey, with the phony and dishonest Clinton investigation (and more), running the FBI, its reputation is in Tatters –worst in History! But fear not, we will bring it back to greatness,” Trump tweeted.

‘Do anything’ for donations? 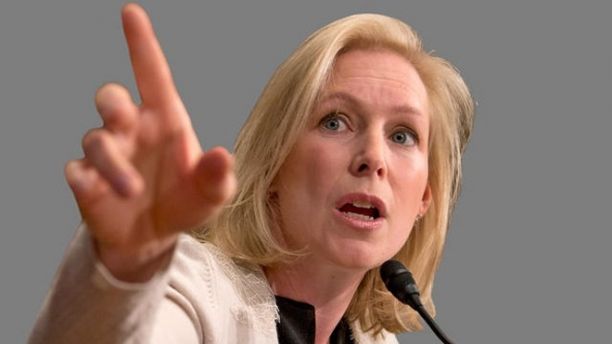 Sen. Kirsten Gillibrand, D-N.Y., fired back at Trump, and said she will not be silenced.

Capitol Hill, Hollywood, and the media have been shaken to the core by the wave of sexual misconduct allegations.

Against this backdrop, Trump drew Democratic complaints when he said New York Democratic Sen. Kirsten Gillibrand went “begging” for campaign contributions and “would do anything” for them — in response to her calling for his resignation amid similar allegations.

“Lightweight Senator Kirsten Gillibrand, a total flunky for Chuck Schumer and someone who would come to my office ‘begging’ for campaign contributions not so long ago (and would do anything for them), is now in the ring fighting against Trump. Very disloyal to Bill & Crooked – USED!”

Some Democrats claimed Trump’s tweet was crude — though he has used similar language to refer to male lawmakers. White House Press Secretary Sarah Sanders fired back from the podium.

“Only if your mind is in the gutter would you have read it that way,” Sanders said, noting that Trump was talking about “political games” that politicians play with wealthy individuals to get financial support.

Trump tweeted May 30 what appeared to be a typo.

“Despite the constant negative press covfefe,” Trump wrote and deleted it minutes later.

The following day, questions swarmed over what “covfefe” really was.

“Who can figure out the true meaning of ‘covfefe’??? Enjoy!” Trump tweeted the following day.

It will forever remain a 2017 mystery.