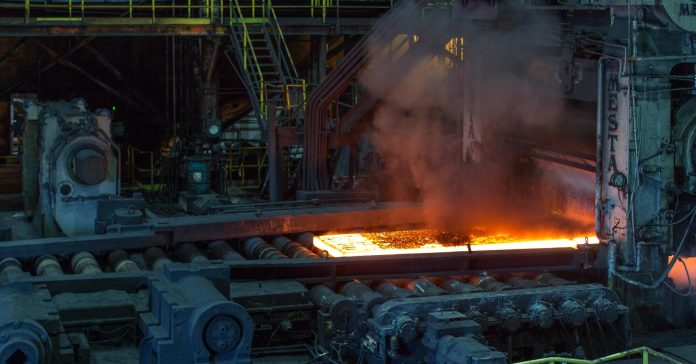 European and Japanese trade officials are meeting U.S. counterparts this week as they seek clarity as to what is the basis for being excluded from the new tariffs.

The U.S. decided to exempt Canada and Mexico from the new duties last week and stated that other countries could potentially also be excluded.

“The issue is that these measures are mainly affecting (U.S.) allies. They claim that the measures are directed to China, but it’s basically Canada, EU, Japan, South Korea, these are natural allies of the U.S.,” Santos said.

“If they exclude all these countries, there aren’t many countries left that will be subject to the measures,” she added.

Meanwhile, European steel and aluminum businesses are reportedly preparing for a collapse in local prices if the tariffs are indeed applied to their region. Charles de Lusignan, from the Steel Association for Europe, told CNBC Monday morning that ultimately the tariffs could mean a scaling back in Europe, with firms letting people go, cutting investment and also innovation.

“We need to act immediately because the damage will be done within the first weeks,” he said. “In fact it might already be happening, because obviously an exporter knows that the steel might be blocked in the future so they already start sending it ahead.”

“So we might well see import surges now, even if the measures aren’t already in place.”