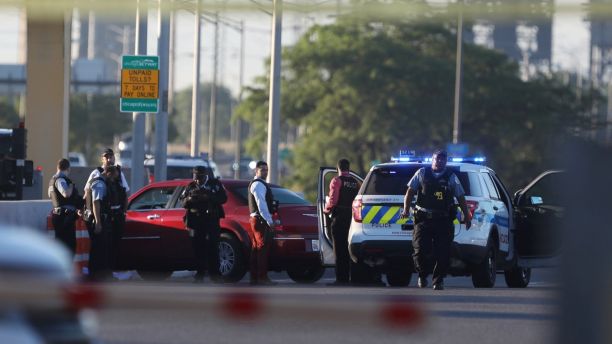 Months after taking to Twitter to say he would send in “the Feds” to help reduce the Chicago’s murder rate, President Trump’s administration has sent in agents to combat the ongoing violence, according to a local report.

Authorities confirmed Thursday to The Chicago Sun-Times about 20 additional agents with the U.S. Bureau of Alcohol, Tobacco, Firearms and Explosives have been sent to the city.

HOW COULD TRUMP ‘SEND IN THE FEDS’ TO CHICAGO?

The new set of agents will work with counterparts from the Chicago Police Department and Illinois State Police on a strike force to solve shootings and arrest gun traffickers, according to the Sun-Times.

Included in the strike force are prosecutors from the U.S. attorney’s office and Cook County state’s attorney’s office, the Sun-Times reports, who will decided whether suspects in gun crime should be charged in state of federal court

Chicago police work at the scene of a shooting that killed multiple people on the Chicago Skyway early Wednesday, June 21, 2017, in Chicago. The shooting prompted an early-morning closure of part of the expressway that connects the city with Indiana. (Alyssa Pointer/Chicago Tribune via AP)

“The goal is the prosecute as many of these guys as possible federally where they will serve longer prison terms,” Anthony Riccio, head of the Chicago Police Department’s organized crime unit, told the newspaper.

Trump has previously voiced concern about violence in Chicago. Earlier in January, he posted, “If Mayor can’t do it he must ask for Federal help!”

Read more from the Chicago Sun-Times.