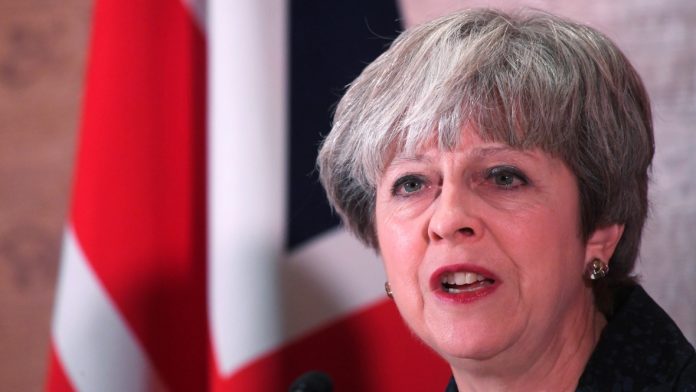 British Prime Minister Theresa May says President Donald Trump’s retweets from a far-right group were “the wrong thing to do.”

May says the group, Britain First, is “a hateful organization” that runs counter to “common British decency.”

May has been under pressure to condemn Trump directly over the retweets of anti-Muslim videos. Her spokesman has already said the retweets were wrong.

Speaking in Amman, Jordan, May said Britain and the U.S. have a special relationship but she is not afraid to criticize friends when they get things wrong.

Asked about a tweet by Trump urging her to focus on Islamic extremist violence rather than on him, May said Britain takes the danger of extremism very seriously.

Earlier, the mayor of London added his voice to calls for Trump’s state visit to Britain to be cancelled over his retweets of a British far-right group.

Sadiq Khan says Trump has promoted “a vile, extremist group” and an official visit by him to Britain “would not be welcomed.”

In response, Trump urged May to focus on “the destructive Radical Islamic Terrorism that is taking place within the United Kingdom,” rather than on him.

Downing Street and the White House both say a state visit by Trump is planned, but no date has been set.

.@Theresa_May, don’t focus on me, focus on the destructive Radical Islamic Terrorism that is taking place within the United Kingdom. We are doing just fine!