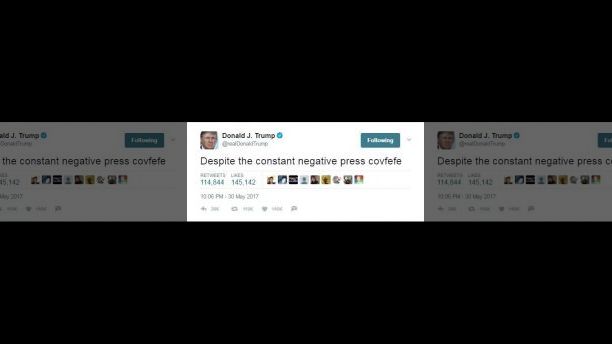 Based on Trump’s harsh criticism of the media in the past, the president could’ve meant to say “coverage.”

The jumbled tweet could have been referencing this report.

“Covefe” became the number one trend on Twitter across the U.S., The Hill reported.

Trump’s critics used the opportunity to poked fun at his blunder including Rosie O’Donnell who has had a year’s long feud with the president.

Merriam-Webster, best known for its dictionaries, also took a jab at Trump.

The tweet was shortly removed after 5:30 AM ET. At 6:09 AM ET Trump responded, making light of his tweet.

“Who can figure out the true meaning of “covfefe” ??? Enjoy!” he tweeted.