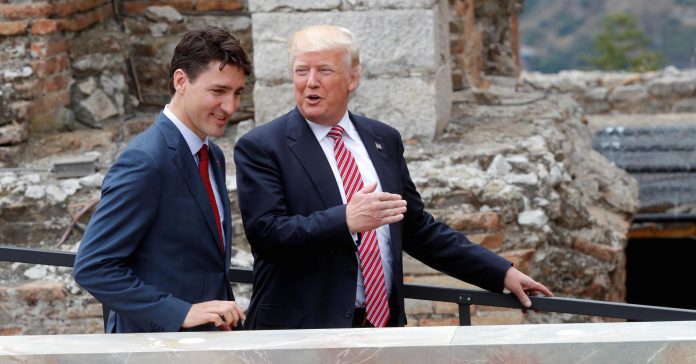 A president “doesn’t carry with him a secure phone,” Chollet said. “If someone is trying to spy on you, then everything you’re saying, you have to presume that others are listening to it.”

The caution is warranted even when dealing with allies. As German Chancellor Angela Merkel‘s learned in 2013, when a dump of American secrets leaked by Edward Snowden revealed the U.S. was monitoring her cellphone, good relations don’t prevent some spycraft between friends.

“If you are Macron or the leader of any country and you get the cellphone number of the president of the United States, it’s reasonable to assume that they’d hand it right over to their intel service,” said Ashley Deeks, a law professor at the University of Virginia who formerly served as the assistant legal adviser for political-military affairs in the U.S. State Department.

The practice opens Trump up to charges of hypocrisy. Throughout last year’s presidential campaign, he lambasted Democratic rival Hillary Clinton for using a private email server while she was secretary of state, insisting she should not be given access to classified information because she would leave it vulnerable to foreign foes.

Presidents’ phone calls with world leaders often involve considerable advance planning. State Department and National Security Council officials typically prepare scripted talking points and background on the leader on the other end of the line. Often an informal transcript of the call is made and circulated among a select group — sometimes a small clutch of aides, sometimes a broader group of foreign policy officials. Those records are preserved and archived.

The White House did not respond to questions on whether the president is keeping records of any less-formal calls with world leaders.