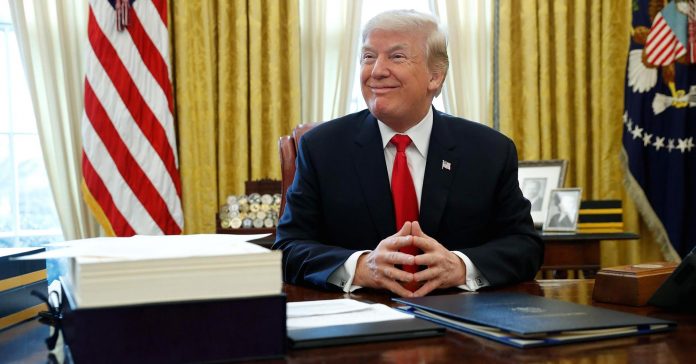 “I think he’s going to be fair,” Trump said, referring to special counsel Robert Mueller, who is leading the probe, while repeatedly insisting that his associates did not collude with Moscow. Trump’s comments come as other Republicans attempt to discredit the ongoing investigation.

The probe “makes the country look very bad, and it puts the country in a very bad position,” the president said. “So the sooner it’s worked out, the better it is for the country.”

In a wide-ranging interview that also touched on healthcare and the defeat of Republican Roy S. Moore in Alabama, Trump also expressed confidence that he will clinch a second presidential term.

“Another reason that we’re going to win another four years is because newspapers, television, all forms of media will tank if I’m not there because without me, their ratings are going down the tubes,” he said.

Read his full interview with the Times.