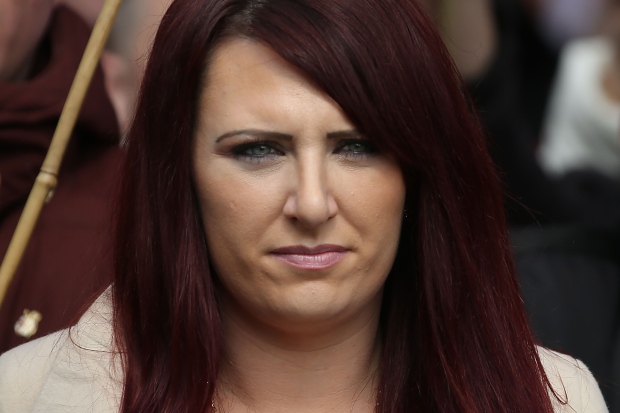 “Theresa @theresamay, don’t focus on me, focus on the destructive Radical Islamic Terrorism that is taking place within the United Kingdom. We are doing just fine,” Trump tweeted, sparking further outrage in Britain that has seen several major Islamist militant attacks on its streets.

.@Theresa_May, don’t focus on me, focus on the destructive Radical Islamic Terrorism that is taking place within the United Kingdom. We are doing just fine!

Trump’s unrepentant response was a reaction to May’s spokesperson who on Wednesday criticized his retweets of anti-Islam videos originally posted by a leader of a British far-right fringe group.

“It is wrong for the president to have done this,” the spokeperson said.

Trump sparked criticism on both sides of the Atlantic on Wednesday by sharing anti-Muslim videos posted by Jayda Fransen, deputy leader of the group Britain First, who was convicted this month of abusing a Muslim woman.

His new response triggered outrage in Britain, with some opposition politicians demanding he apologize for his sharp words to May.

Islamist militants have carried out several major attacks in Britain this year that have killed a total of 36 people, including a bombing in Manchester and two attacks on bridges in London in which victims were rammed with vehicles and stabbed.

A spokesperson for May’s Downing Street office in London declined to comment on Trump’s tweet on Thursday. May was on a trip to the Middle East and was expected to speak to media in Jordan later on Thursday. Trump initially addressed his tweet to a Twitter handle that was not May’s, though he later retweeted to the British leader’s correct account.

Always a pillar of Britain’s foreign policy, the so-called “special relationship” with Washington has taken on added importance as Britain prepares to leave the European Union in 2019. Since Trump became president, May has gone out of her way to cultivate a good relationship with him. She was the first foreign leader to visit him after his inauguration, and they were filmed emerging from the White House holding hands. She also invited him to make a state visit to Britain, angering Trump’s many critics in Britain.

Trump’s tweet triggered outraged reaction in Britain, including from Brendan Cox, the husband of lawmaker Jo Cox who was murdered in 2016 by a far-right extremist.

“You have a mass shooting every single day in your country, your murder rate is many times that of the UK, your healthcare system is a disgrace, you can’t pass anything through a Congress that you control. I would focus on that,” Cox tweeted.

The videos shared by Trump purported to show a group of people who were Muslims beating a teenage boy to death, battering a boy on crutches and destroying a Christian statue.

Reuters was unable to verify the videos.

The Dutch embassy in Washington issued a Twitter comment on one of them, which Fransen had described as showing a “Muslim migrant” beating up a boy. “@realDonald Trump Facts do matter. The perpetrator of the violent act in this video was born and raised in the Netherlands. He received and completed his sentence under Dutch law.”

British lawmakers demanded that Trump make an apology for retweeting the videos, while U.S. Muslim groups said the president’s action was incendiary and reckless.

Sajid Javid, Britain’s minister for communities and local government, who is Muslim, tweeted: “So POTUS has endorsed the views of a vile, hate-filled racist organization that hates me and people like me. He is wrong and I refuse to let it go and say nothing.”

Vince Cable, leader of the opposition Liberal Democrats party, urged May to demand a public apology from Trump over what Cable described as an “insult” to May. “She [May] must end humiliating dependence of Brexit Britain on goodwill of evil racist. Cancel visit,” he tweeted, referring to Trump’s state visit, which has yet to be scheduled.

She said Trump’s retweets showed the president shared her aim of raising awareness of “issues such as Islam”.

The White House defended the retweets by the Republican president, who during the 2016 U.S. election campaign called for “a total and complete shutdown of Muslims entering the United States”, saying that he was raising security issues. It repeatedly refused to be drawn into the content of the videos or whether Trump was aware of the source of the tweets.

“It’s about ensuring that individuals who come into the United States don’t pose a public safety or terrorism threat,” White House spokesperson Raj Shah told reporters aboard Air Force One.