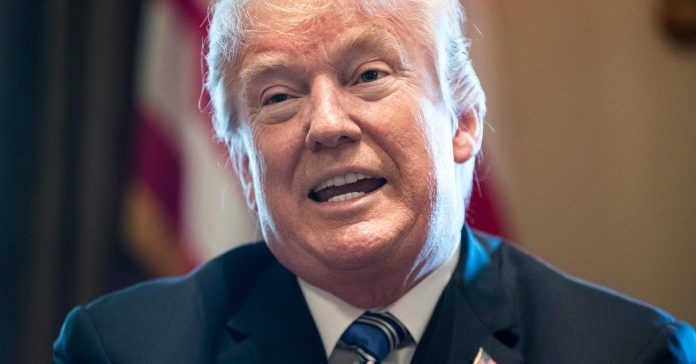 In addition to the exceptions for the two NAFTA partners, the White House will give other nations the opportunity to justify why they shouldn’t be included.

“If the same goals can be accomplished by other means, America will remain open to modifying or removing the tariffs for individual nations, as long as we can agree on a way to ensure that their products no longer threaten our security,” Trump said.

Determining further exceptions will depend on whether countries can convince Trump that there’s a “satisfactory alternative means” for resolving trade inequities, said an administration official familiar with the tariff proclamations who spoke on condition of anonymity.

In the meantime, Trump said it’s vital for national interests to take action against other nations that have dumped steel into the global market, costing American jobs and the nation’s economic standing.

While there is not currently a timetable, the exemptions for Canada and Mexico “are not open-ended” and will depend on whether changes are made to NAFTA that satisfy Trump, the administration official added. The proclamations also can be amended in other ways “to preserve our national security.”

“I have a feeling we’re going to make a deal on NAFTA,” Trump said.

The president began saber-rattling about tariffs during his 2016 “Make America Great Again” campaign. He frequently has complained that previous administrations negotiated trade deals that were unfair to the U.S., and he has resolved that he would revisit them.

Though the moves resonated with a chunk of Trump’s base, they’ve caused conflict both within the administration and the Republican Party, which saw 107 of its House members sign a letter in opposition. Gary Cohn, director of the National Economic Council, amid a tariff disagreement.

Trump is using authority under Section 232 of U.S. law, which gives the president the ability to issue tariffs based on national security concerns. The administration official said the pivotal role the steel and aluminum industries play in defense munitions and economic security will easily justify the 232 citation.

Critics, though, say the argument is flimsy and will worsen economic relations globally, possibly triggering a trade war. Financial markets have been volatile since Trump indicated late last week that the tariffs were coming.

The administration is not expecting business backlash against the moves, despite many industries’ reliance on cheaper imports.

Since the announcement, U.S. Steel has announced it is reopening a plant in Illinois, while Century Aluminum officials have said the tariffs could generate 300 new jobs in Kentucky.