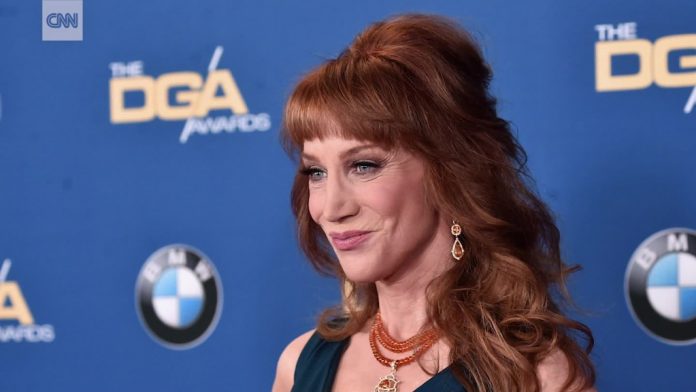 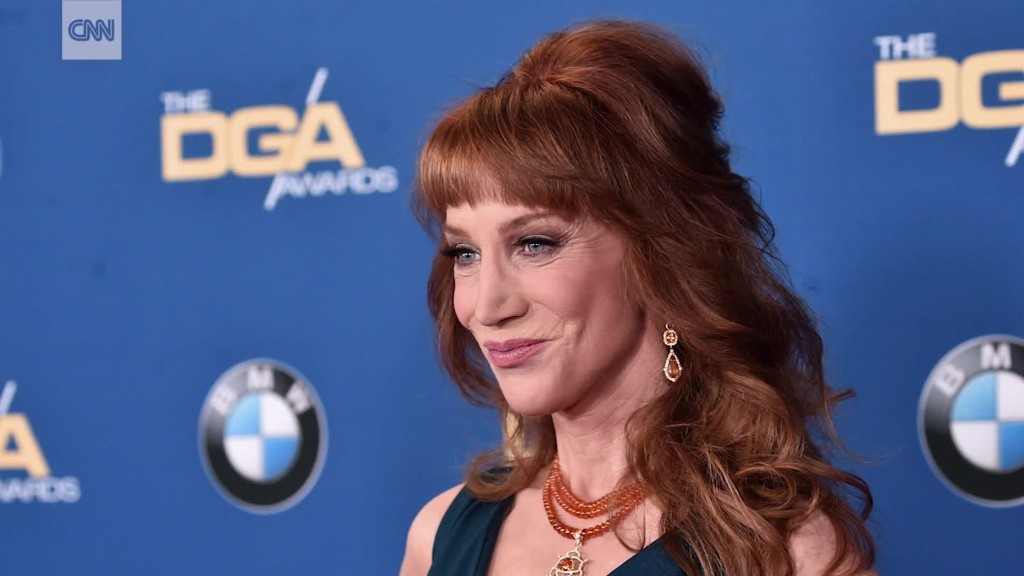 President Trump says Kathy Griffin “should be ashamed of herself” for a photo shoot in which she held up a severed head resembling the president.

“My children, especially my 11 year old son, Barron, are having a hard time with this,” the president tweeted Wednesday morning. “Sick!”

“When you consider some of the atrocities happening in the world today, a photo opportunity like this is simply wrong and makes you wonder about the mental health of the person who did it,” she said in a statement.

Griffin faced immediate backlash after the photos were released Tuesday. They were taken by celebrity photographer Tyler Shields, who is known for his provocative images.

Griffin later apologized. In a video posted on Instagram, she said she “went way too far.”

“I beg for your forgiveness. I went too far,” she said. “I made a mistake and I was wrong.”

Kathy Griffin should be ashamed of herself. My children, especially my 11 year old son, Barron, are having a hard time with this. Sick!

The president’s son, Donald Trump Jr., called the imagery “disgusting but not surprising.” Chelsea Clinton called it “vile and wrong.”

CNN fired Griffin on Wednesday from its New Year’s Eve show. She had co-hosted it since 2007.

“We found what she did disgusting and offensive,” a CNN spokesperson said a day earlier. “We are pleased to see she has apologized and asked that the photos be taken down.”