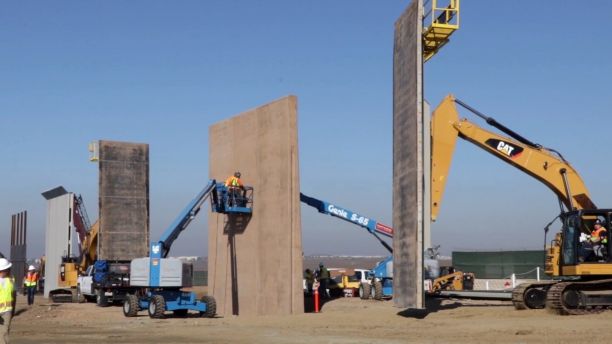 President Trump doesn’t yet have his “big, beautiful” border wall, but the administration is ramping up recruitment of border agents going into the new year in a bid to enhance security with more manpower – if not bricks and barbed wire.

Up until now, the White House’s fix to immigration issues has included Trump reversing many of his predecessor’s policies, increasing round-ups of illegal immigrants and restricting the number of refugees allowed into the country.

There has been some success: The number of people trying to sneak over the border has dropped to its lowest level in four decades. Illegal border crossings are down 24 percent, according to the Department of Homeland Security’s most recent statistics, released in December. During the government’s 2017 fiscal year, border agents made 310,531 arrests.

While construction of the highly touted border wall with Mexico still hasn’t started, the administration hopes to build on the statistical trendlines by carrying out a January executive order to hire 5,000 new Border Patrol agents.

To accelerate the hires, the federal government on Nov. 17 awarded a massive five-year, $297-million contract to a division of Accenture. Accenture will also be responsible for hiring 2,000 customs officers and 500 new agents for the Office of Air and Marine Operations.

The proposed hiring surge is the largest since the George W. Bush administration, when Congress funded an expansion of border enforcement following the Sept. 11 terror attacks.

The newest push to recruit 5,000 new agents, though, comes with its own set of pitfalls. Already, the union is concerned about a rush to hire amid concerns about corruption in the ranks. 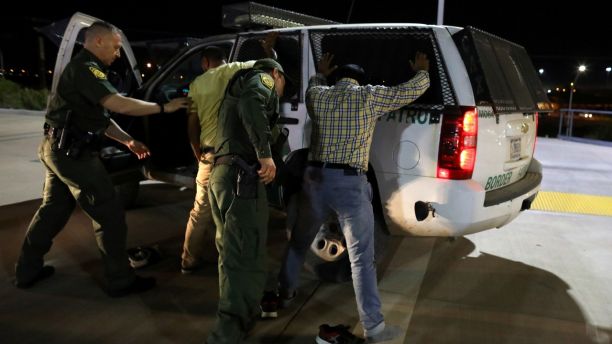 The administration enters this task at a disadvantage. The number of officers has actually dropped by 220 as the Border Patrol continues to struggle to meet minimal staffing quotas set by lawmakers. Congress requires a force of 21,370 agents – but an employee count in May revealed there were only 19,500 agents on the job. Making matters worse is that between 2013 and 2016, an average of 523 agents were hired while another 904 left.

According to former Department of Homeland Security watchdog John Roth, it takes more than nine months to hire one Border Patrol agent and about seven months to hire an ICE officer.

Roth told the Senate Committee on Homeland Security and Governmental Affairs in February that an audit “highlighted numerous bottlenecks in effective hiring” and there were “inadequate systems to track and process applicants” at DHS.

Critics argue that in order to meet the ambitious hiring goal, the applicant pool will be widened and standards could be sacrificed.

That’s what happened the last time the agency tried to up its workforce in the mid-2000s. More than 140 Customs and Border Protection agents have been arrested or convicted on corruption charges in the past 12 years, according to a joint analysis by the Center for Investigative Reporting and The Texas Tribune.

To combat a spike in corruption, Congress mandated that all new recruits pass lie detector tests.

That didn’t work out so well.

The Associated Press reported in January that 65 percent of applicants failed the test – more than double the average rate of eight law enforcement agencies.

Alex Nowrasteh, an immigration policy analyst for The Cato Institute, says a mass hire of agents isn’t an effective way to beef up border security – and that Congress should address DHS personnel issues “before hiring new agents or further lowering hiring standards.” He’s calling for more investigators instead.

“The most critical recommendation is hiring enough CBP-OPR investigators so the office is both entirely operational and has substantially reduced its backlog of cases,” he said.

But the Trump administration maintains more boots on the ground to patrol the borders is the way to go.