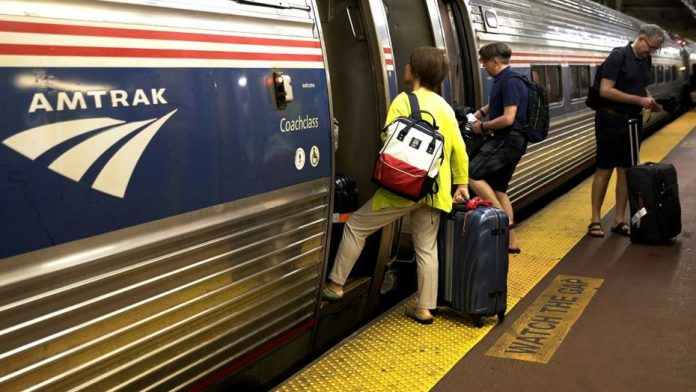 Amtrak riders board a train at Penn Station in New York City in an undated photo.

An Obama-era plan to have the federal government finance half of a $13 billion rail tunnel project ran into a red light Friday from the Trump administration.

Amtrak, which owns most of the rail tunnels and tracks between Boston and Washington, D.C., contends that the existing tunnel connecting New Jersey and New York City is damaged and could fail within 10 to 15 years, threatening daily rail transportation in the Northeast.

The original Obama-era plan called for costs to be split among New York state, New Jersey and the federal government.

But in a letter Friday, the Trump administration notified New York and New Jersey that the Obama-era deal was now “non-existent” because the states recently requested that their portions be covered by loans from the federal government — meaning Washington would supply all of the initial funding for what the Trump White House is calling “a local project.”

“Your letter also references a non-existent ’50/50′ agreement between USDOT, New York, and New Jersey. There is no such agreement,” wrote K. Jane Williams, deputy administrator of the Federal Transit Administration. “We consider it unhelpful to reference a non-existent ‘agreement’ rather than directly address the responsibility for funding a local project where nine out of 10 passengers are local transit riders.”

“We consider it unhelpful to reference a non-existent ‘agreement’ rather than directly address the responsibility for funding a local project where nine out of 10 passengers are local transit riders.”

The letter raises questions about whether the so-called Gateway project will be included in a $1 trillion national infrastructure plan that President Donald Trump is expected to unveil in January.

Gateway Development Corp., the project overseer composed of representatives of New York, New Jersey and Amtrak, dismissed Williams’ letter as “posturing,” adding in a statement Friday that “we are confident that the Trump Administration will engage with us as the President turns to infrastructure in 2018.”

Tens of thousands of commuters

Proponents view Gateway as crucial for revitalizing rail service in the New York City metro area, where multiple lines, including Amtrak, carry tens of thousands of commuters into the city each day — in one of the nation’s key economic regions.

They also note that having states borrow from the federal government to finance infrastructure projects is not unprecedented. Some allege that the Trump administration’s action is simply a political maneuver to put pressure on Senate Minority Leader Chuck Schumer, D-N.Y., a key supporter of the plan, Crain’s reported. 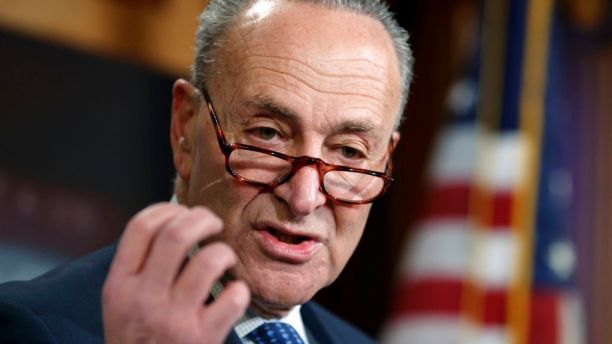 New York business leaders have been adamant about the project’s importance, on account of the region’s economy, which provides a large chunk of the U.S.’ GDP and sends hundreds of billions of tax dollars to the federal government every year.

On Saturday, Crain’s noted that a “senior [Trump] administration official” clarified that the project’s importance was not in dispute. The administration mostly objected to the federal government being relied upon to supply funds for New York and New Jersey’s shares of the costs.

The official noted that for other projects undeway in Hawaii and Maryland, federal loans compose only a fraction of the capital investment, Crain’s reported.