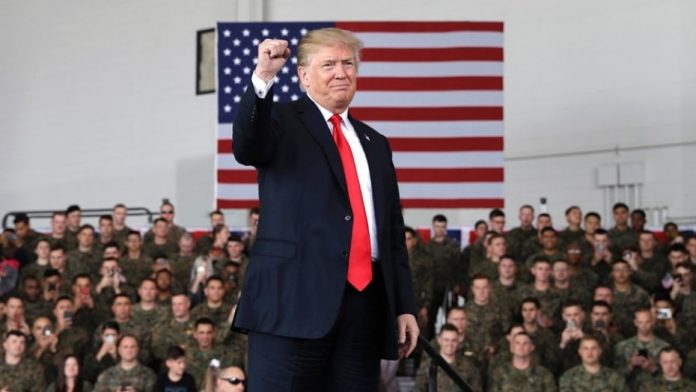 President Trump praised members of the military Tuesday, saying the administration will give them the “largest pay raise in over a decade,” while touting successes around the globe, and even suggesting the creation of a new military branch — the “Space Force.”

“I have a message for you straight from the heart of the American people, and you know what that is — we support you, we love you and we will always have your back like you have ours,” Trump said, also praising military spouses and families for their service. 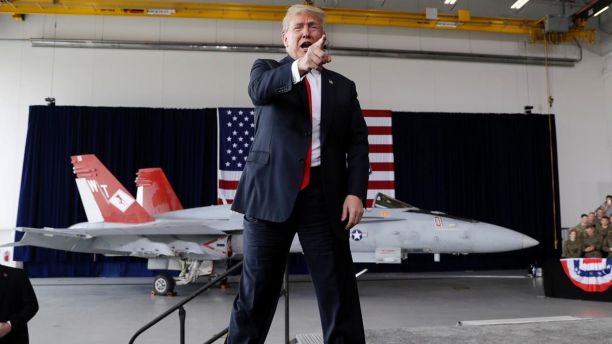 “For too long, the men and women of the United States Armed Forces have been asked to do more with less,” Trump said, listing “underinvestment,” deferred modernization and maintenance, old equipment and having “fewer ships than we should, fewer planes than we should, and fewer of you than we should.”

“I said, maybe we need a new force, I was not really serious, but now I’m thinking that’s a great idea. We’re making a Space Force. Tremendous.”

“I’m talking the largest military buildup since Ronald Reagan, and one of the largest buildups in the history of our nation,” Trump said, noting that the proposed military budget would be $716 billion in 2019. “We are investing in the greatest weapon, the most beautiful weapon. Our most brilliant weapon — you.”

“Hopefully something very positive will be coming out of it,” Trump said. “We’ll see. We have to be prepared for anything. But I really believe something positive will come out of it. Will be great for Korea, North and South, and this country.”

Trump also touted the administration’s investments in weaponry, and efforts in modernizing nuclear capabilities to be “so far ahead of any other country.”

That’s when the president went on to introduce his “new national strategy for space.”

“Space is a war-fighting domain, just like the land, air and sea,” Trump said. “We may even have a Space Force — we have the Air Force, we’ll have the Space Force, you know, the Army, the Navy.”

He added: “I said, maybe we need a new force, I was not really serious, but now I’m thinking that’s a great idea. We’re making a Space Force. Tremendous.”

The president noted that astronauts have been “soldiers and sailors,” and said that service members will be “vital” to “ensuring America continues to lead its way into the stars.”

The president pivoted from space, back to land, and applauded the coalition to defeat ISIS.

The president’s speech comes after a tumultuous day for the administration. Trump fired his Secretary of State Rex Tillerson on Twitter Tuesday morning, nominating CIA Director Mike Pompeo to replace him, and career CIA official Gina Haspel to replace Pompeo.