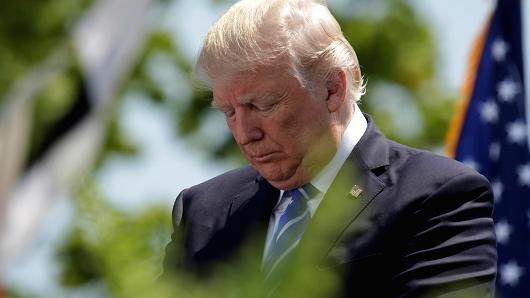 Donald Trump has been active on Twitter since his return from his first overseas trip as president. And he kept the ball rolling with a tweet shortly after midnight on Wednesday morning.

But it is not at all clear what the president was tweeting about.

Even if we assume “covfefe” was a typo and the president meant to type “coverage,” it remains a mystery what the tweet refers to.

Perhaps it was meant as a follow up to his previous tweet, in which he retweeted a Fox and Friends tweet citing an unnamed source who said, “Jared Kushner didn’t suggest Russian communications channel in meeting.”

Unsurprisingly, most of Trump’s fellow Twitter users jumped all over the apparent mistake. And #covfefe quickly became a trending topic. And a quick check on GoDaddy revealed the domain name covfefe.com is already taken.