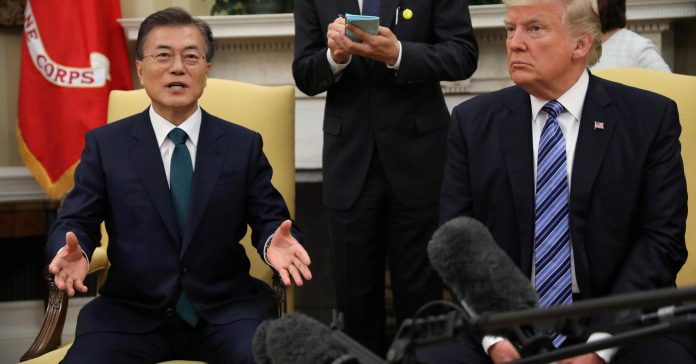 President Donald Trump said that he will work with South Korean President Moon Jae-in on dealing with the “reckless and brutal regime of North Korea.”

In an Oval Office press availability earlier, the pair said they addressed the escalating crisis over North Korea and trade in another meeting on Thursday night.

Trump said they are in the process of “discussing our frankly many options — we have many options — with respect to North Korea.” The U.S. and South Korea are trying to curb the isolated and defiant nation’s missile and nuclear programs.