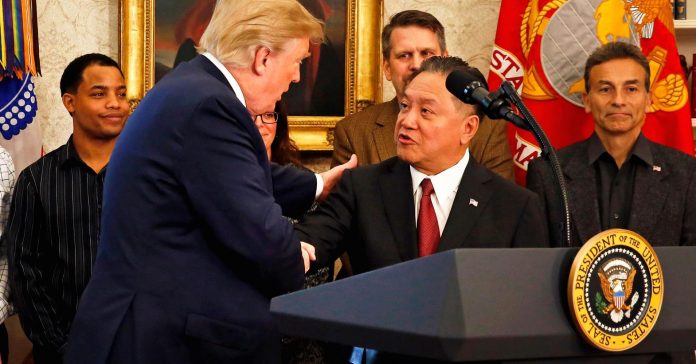 But even industries like entertainment, which harbor no national security issues, could become untouchable to foreign buyers if M&A becomes trade war territory, Aquila said.

U.S. companies may also have a harder time finding targets in other countries if the Trump administration is seen as promoting and protecting American interests.

A telling response will be whether China’s Ministry of Commerce agrees to allow Qualcomm’s pending deal for Dutch chipmaker NXP.

In an ironic twist, after the U.S. blocked Broadcom’s attempt to buy Qualcomm for national security risks tied to China, China’s regulatory agency MOFCOM could scupper Qualcomm’s attempt to consolidate NXP — a deal Qualcomm used to fend off Broadcom’s advances. Qualcomm is still awaiting MOFCOM’s decision after obtaining approval from all other international regulatory agencies.

“The question now is what happens with NXP?” Curtin said. “If MOFCOM does block it, it probably won’t be so courteous as to explain the reasons why they’re nixing it.”

If China hits back, the White House could respond in turn, Curtin said.

There is so much momentum for M&A that the overall pace should continue to be strong, even if some cross-border deals are abandoned, Curtin said.

The next big focal point should be the court’s ruling on AT&T-Time Warner, which may help clear up what’s become a confusing regulatory picture.