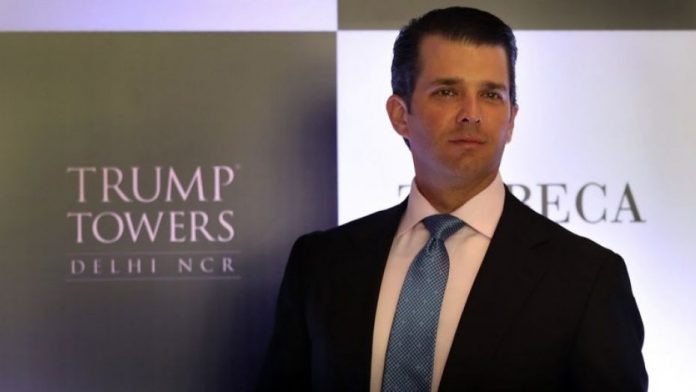 Donald Trump Jr. is seen in New Delhi, India, during his business trip this week. The eldest son of President Donald Trump is looking to sell luxury apartments.

Donald Trump Jr.’s business trip to India this week is having the unintended effect of overshadowing a coincidental visit to the same country by Canadian Prime Minister Justin Trudeau.

Trump Jr.’s arrival to promote real estate deals in four cities — announced with glossy front-page ads in major Indian newspapers, reading “Trump has arrived. Have you?” — has drawn the attention India’s media and elites, while Trudeau’s presence has barely registered by comparison.

The business deals Trump Jr. is promoting were inked before his father was elected in November 2016. The president pledged shortly after winning the White House that his businesses would not make new foreign deals while he is in office in order to avoid conflicts of interest that could jeopardize U.S. foreign policy.

“We are refraining from doing new deals while my father is in office. We are turning down deals worth hundreds of millions of dollars around the world,” Trump Jr. told the Times of India, describing how his father’s presidency is costing the Trump Organization a lot of money in “opportunity cost.”

The potential agreements made over a decade cannot be signed now, Trump Jr. said, because of his father’s pledge to avoid foreign deals. “It costs us quite a bit of money in terms of lost opportunity.”

In fact, whether the business deals get finalized at all remains uncertain, the president’s eldest son said. “If he remains in office for seven more years, I don’t know whether those deals would remain on the table.”

The trip, however, was expected to raise some concerns as Trump Jr. will be sharing the stage with India’s Prime Minister Narendra Modi at a New Delhi business summit and giving a speech on Indo-Pacific relations. 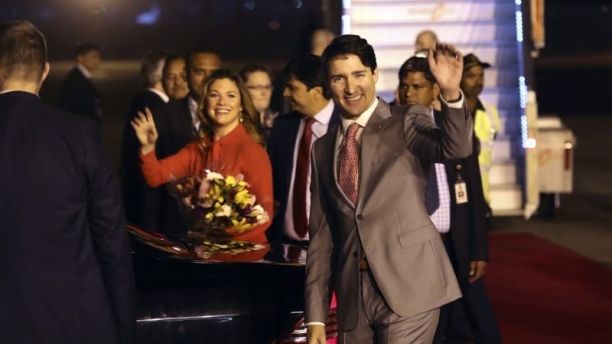 Trudeau, similarly, embarked on a weeklong trip to India on Saturday to strengthen business ties and cooperation between the two nations.

But Modi and other top country’s figures so far have largely ignored Trudeau – causing speculation that the government is purposely snubbing him over his appointment of Cabinet ministers with alleged ties to the Sikh separatist movement, which aims to create a separate state for Sikhs in India through armed or political struggle.

Modi did not greet Trudeau at the airport, instead sending a junior minister, and despite already being halfway through the trip, the Canadian PM has not yet met a single senior government minister.

But Trudeau denies friction between him and the Indian government, telling a Canadian news channel that he met the prime minister “very recently.” He is also expected to speak with Modi on Friday.