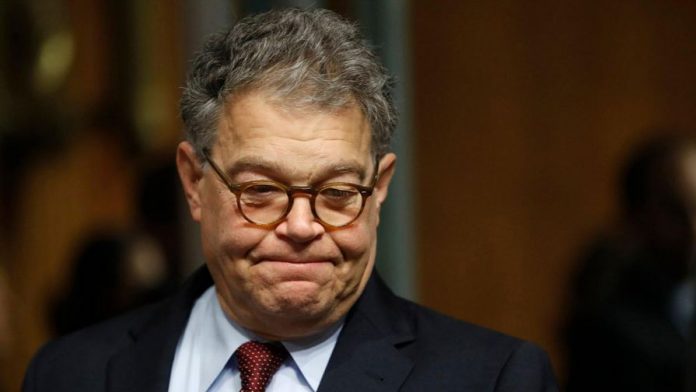 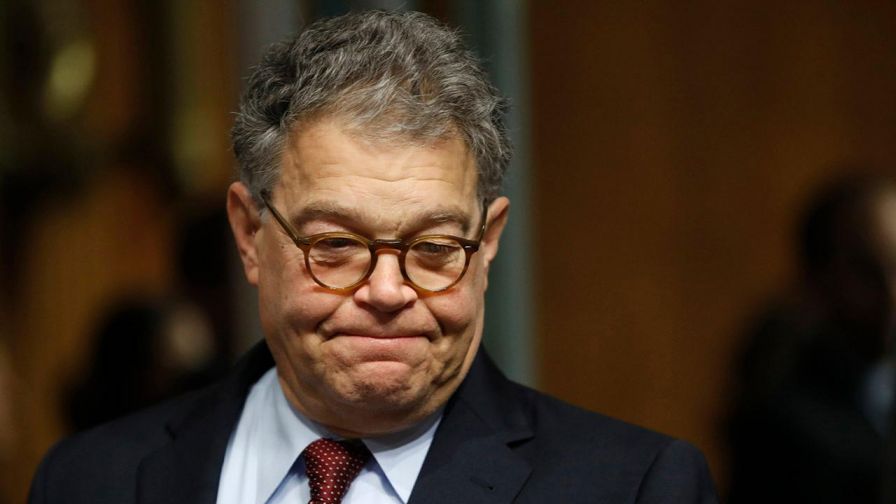 “This is either going to take two hours … or ten,” said the source.

Donald Trump Jr. was slated Wednesday morning – and, perhaps even Wednesday evening – to face the House Intelligence Committee in a closed-door session. Many reporters presumed the testimony of the son-of-the-president may emerge as the marquee story of the day on Capitol Hill. The panel interrogated Trump Jr. until just before 6 p.m. ET. But what transpired outside the secure hearing facility during that sequestration eclipsed anything the president’s son uttered inside.

Trump Jr. arrived at the Capitol via a clandestine, underground loading dock entrance located nearly quarter a mile away from the House Intelligence Committee’s quarters. No news photographer captured a single frame of the president’s son coming or going. So everyone was settling in for a long stakeout in the Capitol Visitor’s Center basement outside the Intelligence Committee.

But the focus soon turns, as it so often does these days.

Rep. Al Green, D-Texas, wants to try to impeach the president of the United States today?

Two articles of impeachment? “Unfit” for the Presidency. Ok. No “High Crimes.” But “Misdemeanors” under Article II, Section 4 of the Constitution.

“I’m calling on my colleague Al Franken to step aside. I’ve struggled with this decision because he’s been a good Senator and I consider him a friend …”

“While he’s entitled to an Ethics Committee hearing, I believe he should step aside…” tweeted Sen. Kirsten Gillibrand, D-N.Y.

More follow in condemning Franken. The dam is breaking.

It’s another day in Washington, when the news comes crashing in at a sustained finish-line clip. Get used to this.

Back to Green. House Reading Clerk Susan Cole is articulating his articles of impeachment on the floor.

“..Trump had a public statement referring to professional football players as ‘sons of b-i-t-c-h-e-s,’ therefore denigrating them and their mothers…”

Here we go. A joint statement from House Minority Leader Nancy Pelosi, D-Calif., and House Minority Whip Steny Hoyer, D-Md., reads: “Legitimate questions have been raised about his fitness to lead this nation. … Now is not the time to consider articles of impeachment.”

The leadership hits pause. House Majority Leader Kevin McCarthy, R-Calif., is going to move to table or kill the motion. The House will vote on tabling Green’s articles. This is one step removed from actually voting on the articles of impeachment themselves.

It works, and the House turns back the articles for now.

But what about the government shutdown?

That threat hasn’t gone away.

“Democrats are really looking at something very dangerous for our country. They are looking at shutting down, they want to have illegal immigrants, in many cases people that we don’t want in our country,” says President Trump.

Will Pelosi and Schumer ditch the Thursday meeting like they did last week with Trump?

Pelosi: “President Trump is the only person talking about a government shutdown.”

Oh yeah, and there’s a gun bill. The House is moving to pass legislation to allow people with concealed carry permits to take their weapons across state lines.

And Jerusalem! They are moving the U.S. Embassy from Tel Aviv to Jerusalem.

“We would be offended if some other country recognizes us and puts their embassy in Chicago. Israel has a right to declare its capital,” says Rep. Eliot Engel, the top Democrat on the House Foreign Affairs Committee.

And the tax bill! The Senate is voting to go to conference with the House on the tax bill.

The Senate will insist on their amendments? Is that as bare-knuckles as it seems?

Back to Franken, who is making an announcement on Thursday amid the pressure from colleagues.

“It was a tipping point for us to step up,” says Hirono. “I had a release prepared.”

Reporters chase Sen. Joe Manchin, D-W.Va., a few steps down the underground tunnel leading away from the Capitol. Why haven’t you weighed in on Franken?

“We have a process here,” Manchin says.

Is he still in there? Did anyone see him?

No. He just left.