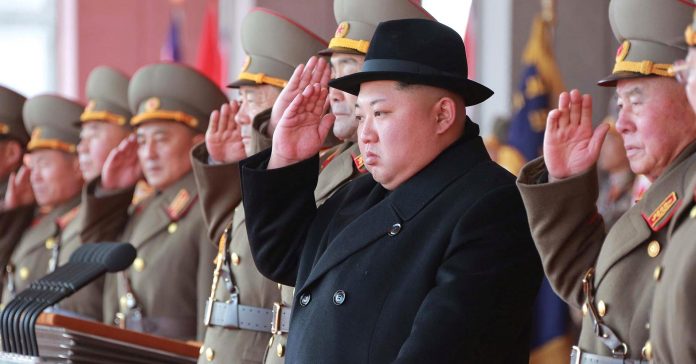 “Kim is taking a page out of his father’s 2000 playbook,” Yoon said. Back then, Kim Jong Il, who ruled the North from 1994 to 2011, “created a crescendo of crisis atmosphere” before “softening up the Bill Clinton administration with an invitation to visit Pyongyang,” Yoon said.

“Don’t be surprised if Kim Yo Jong [Kim Jong Un’s sister] visits Washington first as a softer reincarnation of Vice Marshal Jo Myong Rok, the highest military man next to Kim Jong Il, who visited Bill Clinton in October 2000 and lured Clinton to visit his boss in Pyongyang,” Yoon said.

Of course, there are other theories behind Kim’s sudden interest in meeting Trump.

The bite of international sanctions may be forcing Pyongyang to the discussion table, or the country could simply be in the last stages of nuclear weapons development, in which case a meeting buys time for Kim, according to Park.

It could certainly give Kim more time to develop his nuclear weapons arsenal, and enable him to more effectively seek sanctions relief, Eurasia analysts said.