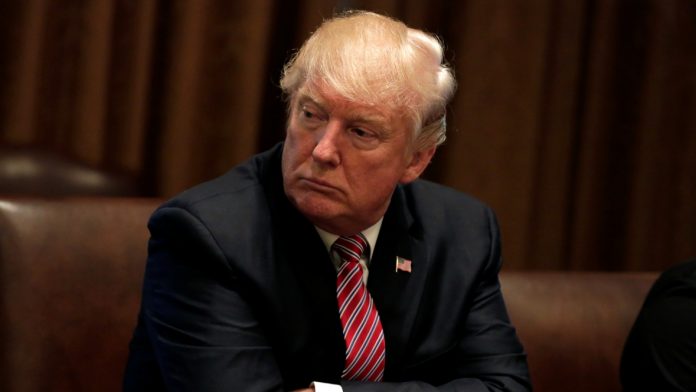 U.S. President Donald Trump ridiculed the looks and temperament of a female cable television host whose show he says he has stopped watching days after commenting on the “nice smile” of an Irish reporter.

In a series of tweets Thursday morning, the president went after Mika Brzezinski and Joe Scarborough, who have criticized the president on their MSNBC show Morning Joe.

“I heard poorly rated @Morning_Joe speaks badly of me (don’t watch anymore). Then how come low I.Q. Crazy Mika, along with Psycho Joe, came … to Mar-a-Lago 3 nights in a row around New Year’s Eve, and insisted on joining me. She was bleeding badly from a face-lift. I said no!”

Brzezinski responded on Twitter by posting a photograph of a Cheerios box that has the phrase “made for little hands.” That was a dig at Trump, who has long been sensitive about the size of his hands.

“It’s a sad day for America when the president spends his time bullying, lying and spewing petty personal attacks instead of doing his job,” NBC News spokesperson Lorie Acio said in a statement.

The White House did not immediately respond to questions about the tweets, including what it was that set the president off.

.@SHSanders45: “I don’t think that @POTUS‘s ever been someone who gets attacked and doesn’t push back.” pic.twitter.com/Eia7OSy3E6

On their Wednesday show, Brzezinski and Scarborough roundly mocked Trump for displaying in several of his golf resorts a fake Time Magazine cover featuring himself.

Trump was correct that the MSNBC hosts spent time at the president’s Florida resort, a visit that Scarborough said was to arrange a Trump interview.

Earlier this week, Trump interrupted a telephone conversation with Ireland’s prime minister to compliment an Irish journalist on her “nice smile.”

Caitriona Perry is a Washington correspondent and U.S. bureau chief for RTE News-Ireland. She was in the Oval Office with other journalists to document the Tuesday call.

Trump was congratulating Leo Varadkar on becoming prime minister, and mentioned that Irish reporters were among those listening.

Trump then pointed to Perry, called her over to his desk and asked where she was from.

Perry identified herself, and then Trump told Varadkar: “She has a nice smile on her face, so I bet she treats you well.”

Video of the encounter is making the rounds on social media.

Perry also tweeted the video. She described the encounter as a “bizarre moment.”

Video of the bizarre moment when President @realDonaldTrump called me over during his call with Taoiseach @campaignforLeo Varadkar. @rtenews pic.twitter.com/TMl2SFQaji