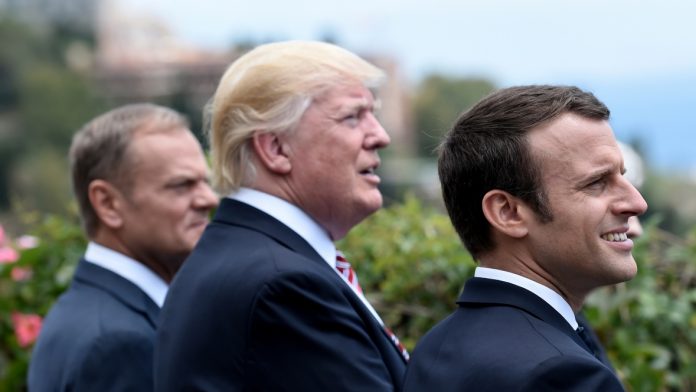 Macron invited Trump to visit when they met for the first time at a NATO summit in Brussels in late May. On Tuesday, the French president extended the invitation again when he and Trump spoke by telephone, and Trump accepted.

The holiday commemorates the storming of the Bastille on July 14, 1789, an event that marked a turning point in the French Revolution.

The occasion will also be used to commemorate the 100th anniversary of the U.S. entry into the First World War, Macron’s office said. American soldiers will walk alongside French soldiers during the traditional Bastille Day military parade down Paris’s famed Champs-Élysées avenue.

Separately on July 14, Macron plans to travel to Nice to mark a more sombre occasion — the truck attack that day in 2016 that killed 86 people and injured hundreds in the resort town in the south of France. It was unclear whether Trump would join Macron in Nice.

Spicer said the leaders will discuss co-operation on countering terrorism, as well as the economy and other issues.

Trump is scheduled to visit Europe shortly before Bastille Day, when he travels to Poland and Germany from July 5-8.