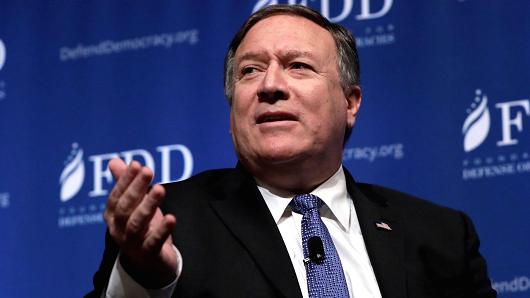 Reports for months have painted a picture of a tense working relationship between the president and his top diplomat. In October, NBC News reported that Tillerson considered leaving the job and called Trump a “moron” during the summer.

The secretary of State then delivered a remarkable, unscheduled statement in which he insisted he “never considered leaving.”

Pompeo, 53, served as a congressman from Kansas before heading the CIA.

Cotton, a 40-year-old Army veteran, first won his Senate seat in 2014. In a statement to CNBC, Cotton’s office said his “focus is on serving Arkansans in the Senate.”

If the senator leaves office, Arkansas Gov. Asa Hutchinson would pick a successor to serve until the 2018 general elections.