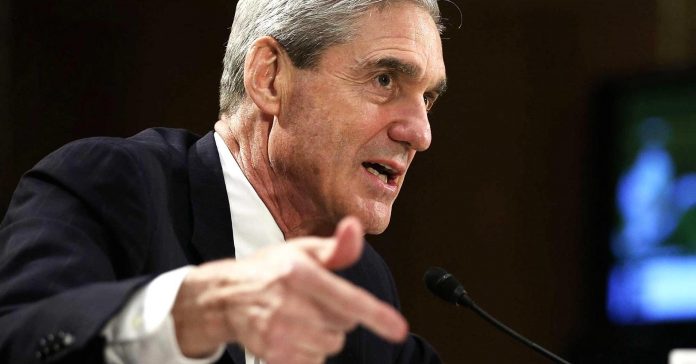 The investigation enters the new year under fire from the president, as well as subject to accusations of partisan bias from conservative commentators and lawmakers.

Republicans on the Hill were outraged after the release of text messages between two former Mueller prosecutors that showed the two disparaging the president, including calling him an “idiot.”

Also in December, the president’s transition organization challenged the seizure of its emails by the special counsel’s office, calling the action “unlawful.”

Trump, for his part, has lashed out against the FBI, saying its reputation is in “tatters.”

To counter ire on the right, Democrats have sought to defend Mueller and his probe. In a Dec. 20 speech on the floor of the Senate, Virginia’s Mark Warner – the ranking member of the Senate Intelligence Committee, which is conducting its own Russia probe – criticized what he called a “seemingly coordinated” line of attack on the Mueller investigation.

The White House has pushed back against rumors that Trump is planning to fire Mueller, however.

“For the thousandth time, we have no intentions of firing Bob Mueller,” White House spokeswoman Sarah Sanders said on Fox News after Warner’s Senate speech.

The White House did not respond to a request for comment from CNBC. The president has forcefully denied any misconduct in his campaign’s contacts with Russia, and has called the investigation a “witch hunt.”

By regulation, Rosenstein is the only person with the authority to fire Mueller or end the inquiry. Mueller is required to submit a status report in July 2018 regarding the progress of the investigation, at which point Rosenstein will determine whether the probe will continue and set its budget for the following fiscal year.

In addition to Mueller’s investigation, at least three congressional investigations related to Trump’s alleged ties to Russia are underway. Those investigations are unable to bring criminal charges and have largely been riven by partisan bickering.

“There are people who’ve already made up their minds waiting to see whether or not their previously held conviction will be validated,” Rep. Trey Gowdy, R-S.C., told NBC News in December. “But I think most people are waiting on Mueller.”