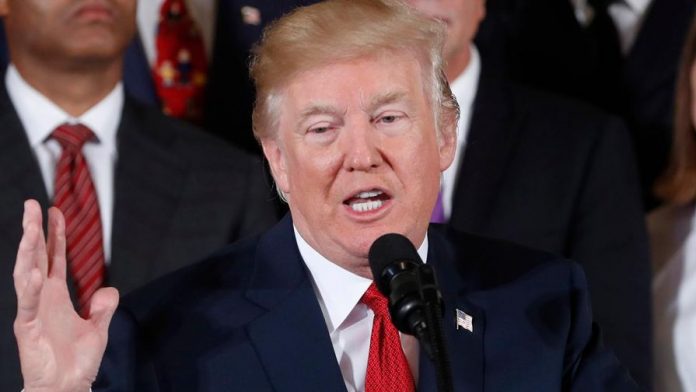 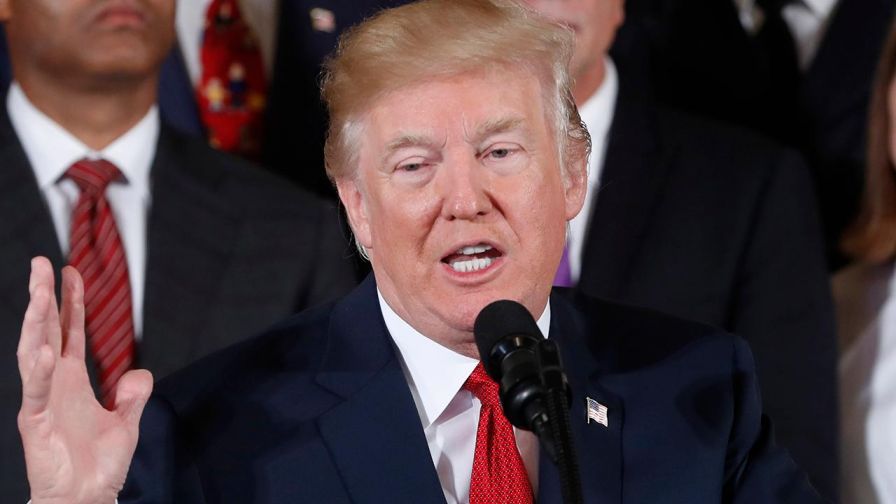 “This epidemic is a national health emergency,” Trump said from the White House, flanked by people who have lost loved ones or themselves struggled with addiction.

“As Americans, we cannot allow this to continue,” the president added.

Trump laid out details of how his administration plans to combat the growing crisis – including promoting a massive anti-drug ad campaign – and instructed the Health and Human Services (HHS) secretary to declare the epidemic a public health emergency.

It’s important that the full weight of the federal government – with each Cabinet department determining their role in the crisis – is involved in tackling the epidemic, said Tom Coderre, a former official with the Obama administration’s HHS Substance Abuse and Mental Health Services Administration.

“The opioid crisis is multi-faceted and multi-dimensional. It’s not like there is a secret weapon out there,” Coderre told Fox News, adding that acting HHS Secretary Eric Hargan will be able to detail exactly what will happen with the declaration. More funds or resources could be allocated to specific states struggling with the crisis.

The White House commission tasked with finding ways to combat and treat the country’s growing opioid addiction strongly recommended earlier this year that Trump declare a national emergency to battle the issue.

The Center for Disease Control estimates that 91 Americans die daily from opioid-involved deaths – and a recent study by Dr. Christopher Ruhm suggests that opioid-related deaths are severely underreported.

Thursday’s declaration was a long time coming, experts have said. Here’s what could happen as a result of the announcement.

The commission said that an emergency declaration would persuade lawmakers to allocate more funding to combat opioid addiction.

Specific details about Trump’s declaration – and Hargan’s plan – are scarce, including when it comes to additional funding. Coderre, now a senior advisor at the nonprofit Altarum, said HHS could determine what federal funds states already have and possibly allow for more flexibility in spending.

With the declaration, officials will be able to more easily deploy state and federal workers, secure grants for unemployed and shift funding from certain programs – such as HIV or AIDs programs – to provide substance abuse treatment for certain individuals.

“People are talking about this more and more, but if the president were to declare this a national emergency, it creates recognition and awareness around the country that this epidemic needs right now.”

Gary Mendell, founder and CEO of the nonprofit Shatterproof, argued that more funding is needed in order to properly combat the opioid epidemic.

“It gives the president and Congress expedited ways to fund what needs to be funded to save the lives of so many every day and mobilizes the Cabinet to attack this issue,” Mendell told Fox News.

Jessica Hulsey Nickel, president and CEO of the Addiction Policy Forum, praised the declaration in a statement to Fox News Thursday.

“Prioritizing this national crisis will bring much needed resources to communities, improve access to services and facilitate better coordination among government agencies. In particular, I am heartened by the decision to bring all federal government agencies to the table to play a unique role,” Nickel said.

By officially declaring the issue an emergency it can raise awareness, the commission said.

“It would also awaken every American to this simple fact: if this scourge has not found you or your family yet, without bold action by everyone, it soon will,” the commission said. “You, Mr. President, are the only person who can bring this type of intensity to the emergency, and we believe you have the will to do so and to do so immediately.”

“People are talking about this more and more, but if the president were to declare this a national emergency, it creates recognition around the country and awareness around the country that this epidemic needs right now,” he said.

When asked why an emergency hadn’t already been declared, Mendell blamed the stigma associated with addiction and mental illness.

But the federal declaration of emergency could help change that negative stigma, he said.

HHS has issued public health emergency declarations in the wake of natural disasters as well as the spread of diseases.

The agency issued its first declaration for the Zika virus in Puerto Rico in August 2016. It was last renewed in April 2017.

Public health emergencies were also declared in New York following Hurricane Sandy in November 2012 and in Missouri following a series of storms and tornadoes in May 2011.

This declaration took too long as the number of daily opioid-related deaths has continued to increase, Coderre said.

“It took too long to get to where we are today. I think there was thought they could do this without declaring a national emergency,” he said. “But people are dying.”