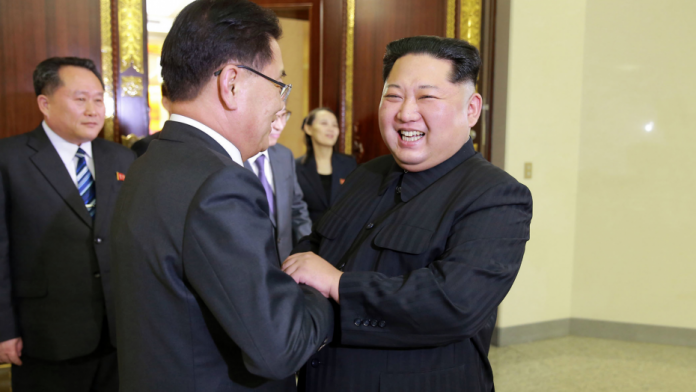 WASHINGTON –  President Donald Trump is citing “possible progress” in talks with North Korea, but says it may also be “false hope.”

Nonetheless, Trump adds that a “serious effort” is being made by all sides.

Trump commented Tuesday on Twitter after the South Korean government announced that North Korea has agreed to halt tests of nuclear weapons and missiles if it holds talks with the U.S. on denuclearization. South Korea and North Korea have also agreed to hold summit talks in late April.

Trump tweeted: “Possible progress being made in talks with North Korea. For the first time in many years, a serious effort is being made by all parties concerned. The World is watching and waiting! May be false hope, but the U.S. is ready to go hard in either direction!