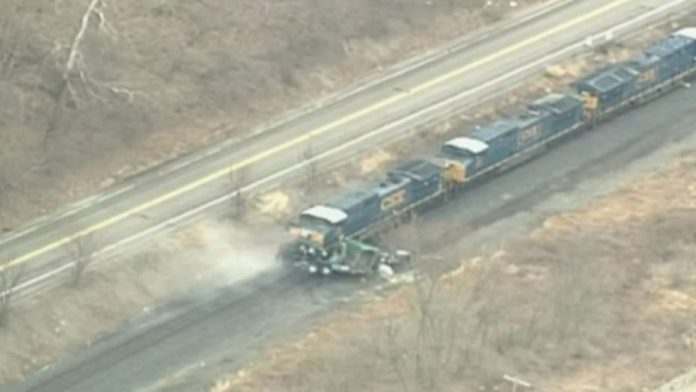 Evacuations were ordered in a Pennsylvania neighborhood after a train collided with a truck carrying hydrochloric acid.

A community in western Pennsylvania was partially evacuated on Tuesday after a freight train struck a truck carrying thousands of gallons of hydrochloric acid.

Authorities told KDKA-TV the crash happened around 11 a.m. in Centerville, located about 40 miles south of Pittsburgh. At least one person was injured in the crash, according to KDKA.

At least 15 homes in the area were evacuated, and officials said they are considering evacuating more, WPXI-TV reported.

Pennsylvania Gov. Tom Wolf said in a statement that emergency personnel are going “door-to-door” in neighborhoods affected by the crash in Centerville Borough to facilitate any evacuations.

“The Pennsylvania Emergency Management Agency is engaged and working with county emergency personnel to ensure the continued safety of residents in the area,”  Wolf said in a statement. “I am in contact with PEMA and the Department of Environmental Protection and we are closely monitoring the situation. We will continue to update the public in that area as responders work to secure the situation.” 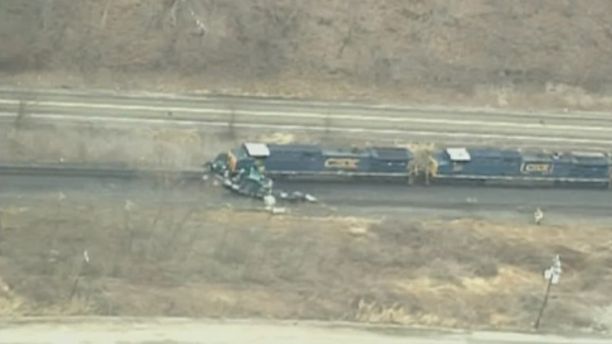 Evacuations were ordered in a Pennsylvania neighborhood after a train collided with a truck carrying hydrochloric acid.

Photos taken from a television news helicopter showed the truck wrapped around the front of the CSX freight train as smoke billowed from the area of the spill.

Don Lloyd told WPXI he rushed to the scene to give the truck driver involved in the crash an oxygen mask to protect him from the clouds of acid.

“Very bitter in the lungs and dry,” he told the television station. “It’s very nasty.”

Windy conditions in the area were hampering rescue efforts, according to WPXI.

Officials have not yet determined how much acid may have spilled, or how the crash happened.

Hydrochloric acid is corrosive to the eyes, skin, and mucous membranes, according to the Environmental Protection Agency. The agency warns that short-term inhalation exposure may cause eye, nose, and respiratory tract irritation and inflammation.