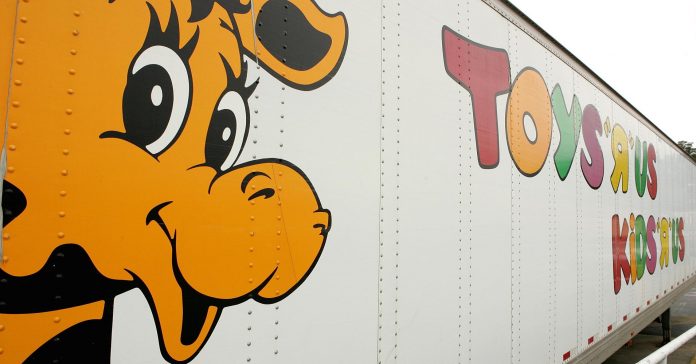 Toys R Us made official its liquidation on Thursday morning, filing documents with the bankruptcy court that will lead to the sale or closing of its roughly 800 U.S. stores.

It ends a chapter started by Charles P. Lazarus, the son of a bicycle shop owner, the store’s visionary, who wanted the “R” written backwards — an ode to childlike scrawl.

“This is a profoundly sad day for us as well as the millions of kids and families who we have served for the past 70 years,” CEO Dave Brandon said in a statement.

It is a blow to the toy industry, which has relied on the retailer for supplying row after row of toys and premium pricing, and who now must look to big box stores and Amazon.

It is a black-eye for its its three owners, KKR, Bain Capital Partners and real estate investment trust Vornado Realty Trust, who took the retailer private in 2005 for $6.6 billion, leaving it with $4.9 billion in debt. That debt would become an anathema for the business, keeping it from making the investments it needed as the retail landscape rapidly transformed around it.

The debt, of course, was what ultimately did the company in. Under its onerous weight and with little hope of refinancing it, Toys R Us hired restructuring advisers in 2017. The plan was to put together pre-packaged bankruptcy for after the holiday season in advance of upcoming payments due, sources tell CNBC.

But when CNBC broke news that it may file, it caused a run on the bank. Vendors froze their shipments to Toys R Us, only accepting cash on delivery. In weeks, it was forced to file for bankruptcy before its crucial holiday season and without a plan to emerge. A miserable holiday season would be the nail in its coffin.

U.S. holiday sales produced earnings that were $250 million below budget projections, according to court filings. It blamed the uncertainty surrounding its chapter 11, price-cutting rivals and weakened e-commerce business. The holiday season left it unable to ensure it would be able to continue to satisfy the terms of its bankruptcy loan.

Meantime, a separate group of lenders had been pushing it toward liquidation.

“The stark reality is that the debtors are projected to run out of cash in the U.S. in May 2018,” the court filing read.

The company may be able salvage 200 stores to operate under the Toys R Us brand in the U.S., in a deal the company has been shopping together with its Canadian business. The new entity would be operated out of Canada. It is in talks with several parties about the potential deals, including some of its lenders.

Toys R Us also said Thursday it is pursuing a reorganization and a sale process for its businesses in Asia and Central Europe, including Germany, Austria and Switzerland. Its businesses in Australia, France, Poland, Portugal and Spain are considering their options, including a potential sale.