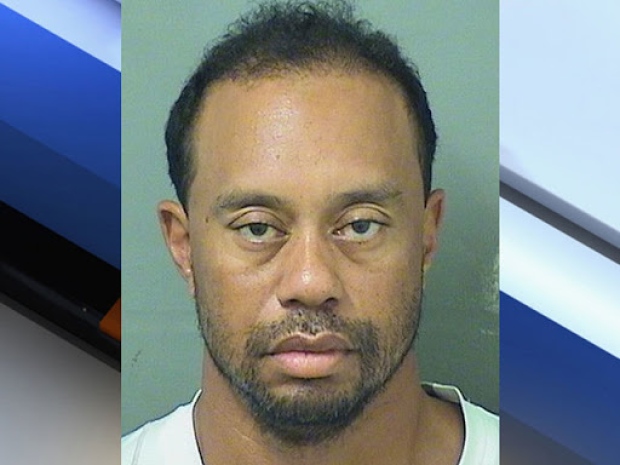 Tiger Woods’s arrest in the wee hours of Monday morning near his home in Jupiter, Fla., is another troubling development in the downfall of golf’s biggest star.

The coming weeks and months will determine to what extent his arrest and charge of driving under the influence may signal an unravelling of Woods’s personal life as well.

Woods released a statement taking responsibility for his actions, but also said the DUI arrest stemmed from “an unexpected reaction to prescribed medications,” not alcohol.

Even if Woods is to be taken at his word, one of the most gifted athletes ever has been reduced to an eerie mugshot.

It has come to this.

With his statement, Woods could also be attempting to establish a defence for the charge he faces, to achieve the best possible outcome and mitigate the damage to both his personal and professional reputation.

Golf, like many other sports, has had its share of prominent athletes experiencing brushes with the law for driving under the influence.

Dustin Johnson, the current No. 1 player in the world, has a 2011 DUI arrest on his record (the DUI charge was later dismissed and he pleaded guilty to reckless driving) and reportedly failed three drug tests (one for marijuana and two for cocaine) between 2009 and 2014.

Like Johnson, Woods could emerge from this situation with just a modest legal penalty. But the former world No. 1 is now in danger of being perceived as a tragic figure at 41 — an age when he should still be a contender for PGA Tour titles if not for the physical and personal strife he has endured.

Henrik Stenson was 40 last July when he won the Open Championship, playing much the way most expected of Woods at this age. Instead, Woods’s pursuit of Jack Nicklaus’s record of 18 major championships has been stalled at 14 since 2008.

It’s hard to believe that, when the U.S. Open tees off in a few weeks in Erin, Wisc., it will mark nine years since Woods last won a major.

Scandal — a minor auto accident ended up revealing tawdry affairs in his personal life and led to a divorce from his wife, Elin Nordegren — started the downward spiral.

That was back in 2009, roughly the time Woods was starting to have trouble shaking off minor injuries. Back trouble became a much more serious issue a few years later, not long after Woods managed to retake his world No. 1 ranking in 2013 when he won Arnold Palmer’s tournament.

Though Woods never seriously contended in a major during his resurgence, he held the No. 1 ranking for more than a year. But then his back flared up. Since 2014, Woods has had four surgeries on it — the latest a fusion operation in April that will likely keep him out for the rest of this season. 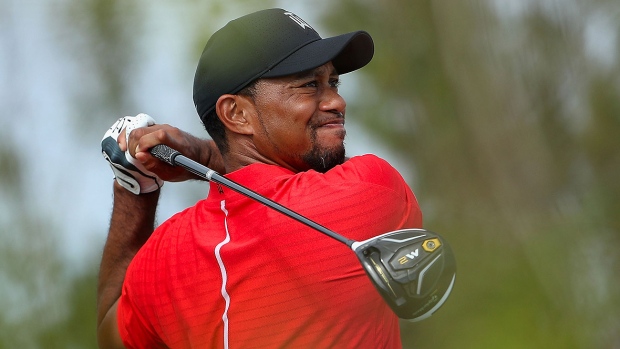 There is a Canadian angle to consider here.

A few years ago, in an extensive feature by Jason Logan in ScoreGolf magazine, Graham DeLaet, a PGA Tour player from Weyburn, Sask., conceded that his own surgery probably meant that his back would never again be 100 per cent.

Do the math: DeLaet has had one surgery similar to Woods’s. Tiger has had four.

Aside from his physical struggles, Monday’s arrest again raised questions about Woods’s use of prescription drugs. As respected Associated Press golf writer Doug Ferguson noted in a story on Monday, a police report from Woods’s 2009 car crash, when he hit a fire hydrant and a tree outside his home in Windermere, Fla., showed that a police officer who suspected Woods of driving under the influence sought a subpoena for Woods’s blood test results from the hospital, but prosecutors nixed the request.

Woods’s own admission Monday that prescription medication led to a criminal charge suggest that he could be struggling to manage his recovery from his physical problems.

After Woods, the biggest loser in all of this is golf itself. No one — not Johnson, nor Jason Day, Rory McIlroy or any combination of young stars or older players like Stenson and Phil Mickelson — moves the needle like Woods.

Now the sport must grapple with the latest damage done to the legacy of one of the greatest athletes of all time.