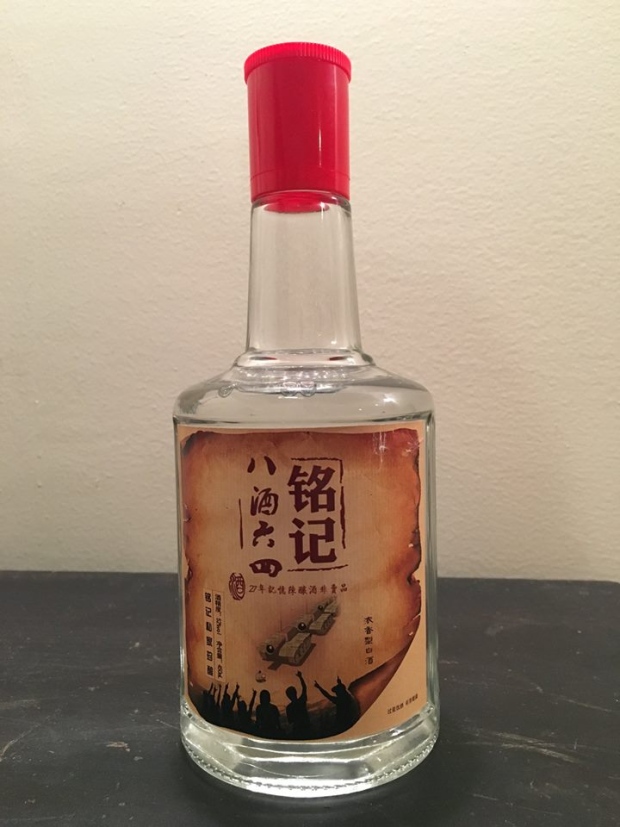 An illegal bottle of liquor brewed to commemorate the Tiananmen Square massacre arrived in Hong Kong just in time for the 28th anniversary of the killings.

The bottle was smuggled out of China earlier this year and has crisscrossed the globe.

“I felt really encouraged upon touching this bottle,” Jianli Yang, who facilitated the bottle’s symbolic journey, told As It Happens host Carol Off.

“That reactivated my memory of the massacre that took place 28 years ago, which I witnessed and narrowly escaped.”

Yang, who now lives in Washington, says he found a sympathetic Chinese government official to smuggle the 450-millilitre bottle of Chinese baijiu out of Chengdu in Sichuan province last year and bring it to the Middle East.

‘This is not a simple liquor. You can imagine the ingredients — tears, blood, hard working, pain.’
– Jianli Yang

That official handed it off to another anonymous sympathizer, who brought it to Paris. From there, it was mailed to Yang in Washington, and finally brought to Hong Kong by democracy advocate Andrew To.

China has forbid any public commemorations of the victims of the military crackdown on protesters at Beijing’s Tiananmen Square. But Hong Kong, a former British colony that was returned to Chinese control in 1997, retains a measure of independence from the Chinese government.

“Now the bottle is in the hands of a Hong Kong activist who organizes the largest commemoration event every year in Hong Kong,” Yang said. “That will be the best place to display this bottle of liquor so that people around the world people will be able to see it.” 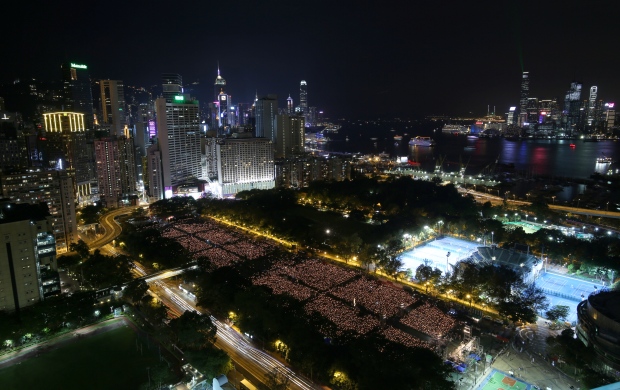 The annual evening vigil at Hong Kong’s Victoria Park, seen here in 2016, is the only large-scale public commemoration of the Tiananmen Square crackdown on Chinese soil. (Paul Yeung/Reuters)

To this day, it’s unknown how many people were killed by Chinese troops, as the government heavily censors any information about the incident. Estimates range from the hundreds to the thousands.

“We all understand that in the combination of these four numbers — eight, nine, six, four — lies a code for the future of China,” Yang said.

“If we really want China to be a country that respects human rights, that has the rule of law, a democracy if you will, you must understand the code of eight-nine-six-four, and try to decode the code and seek truth so that it will come up with solutions for the whole country to move forward and reach reconcilliation.” 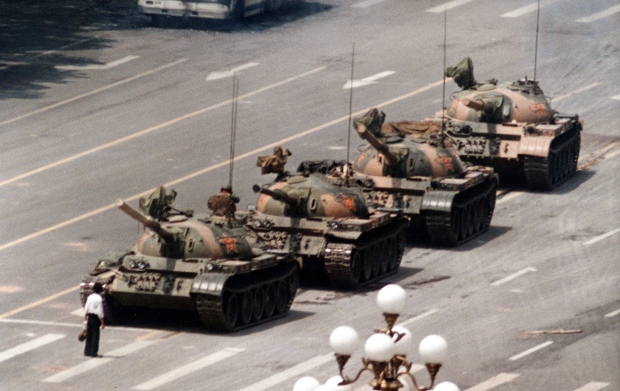 They remain behind bars as “prisoners of conscience,” according to Amnesty International.

“They are very brave. You must understand after the massacre so many people in China, who understood the significance of remembering this incident, have tried various ways to help people to keep their memory, and at the same time tried all kinds of ways to push the government to confront the truth,” Yang said.

“By doing so, many people got arrested, persecuted. Others left China to escape prosecution. These four men were just a few of them who have tried to make an effort.”

28 yrs on people still persecuted for commemorating #Tiananmen crackdown. Support them with a #toasttoremember https://t.co/Ja5IB2pxD8 pic.twitter.com/fzW3V9UVqi

Yang  says some day he would like to taste the liquor, which was aged 27 years to mark last year’s anniversary, but says he probably won’t sample this particular bottle.

“We want to keep it forever. This is not a simple liquor. You can imagine the ingredients — tears, blood, hard work, pain,” he said.  “I think some day we will open one of the bottles for our victory.”