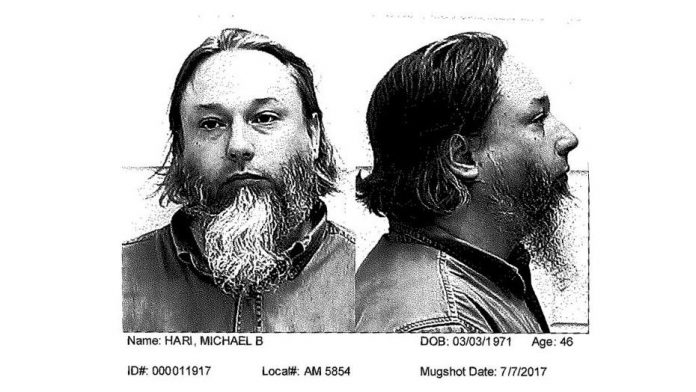 Michael Hari, seen in this July 2017 mugshot, is one of three men charged in connection with the bombing

Three Illinois men have been arrested and charged in connection with the August bombing of a mosque in a Minneapolis suburb, federal officials said Tuesday.

The men — identified as Michael B. Hari, 47; Joe Morris, 22; and Michael McWhorter, 29 — also face charges of possession of a machine gun and are suspects in the attempted bombing of an Illinois abortion clinic this past November, according to the U.S. attorney’s office in Springfield, Ill.

A fourth man, 18-year-old Ellis Mack, also faces the gun charge, but he was not identified as a suspect bombing or attempted bombing. All four men are from Clarence, a rural community 35 miles north of Champaign-Urbana.

According to an affidavit obtained by Fox 9, Morris told an FBI source that he had made the pipe bomb that McWhorter threw at the Dar Al-Farooq Islamic Center in Bloomington on the morning of on Aug. 5. Morris told the source that Hari was going to pay them $18,000 for their participation in the bombing.

No one was hurt in the explosion, which happened just before morning prayers on a Saturday. But the blast damaged the imam’s office across the hall from the worship space.

In announcing the charges against the men, interim U.S. Attorney Gregory Brooker described the bombing as a “tragedy for all Minnesotans.”

The mosque primarily serves Somalis in the Minneapolis area. Minnesota is home to the largest Somali community outside of east Africa, with an estimated 57,000 people, according to the most recent census estimates. 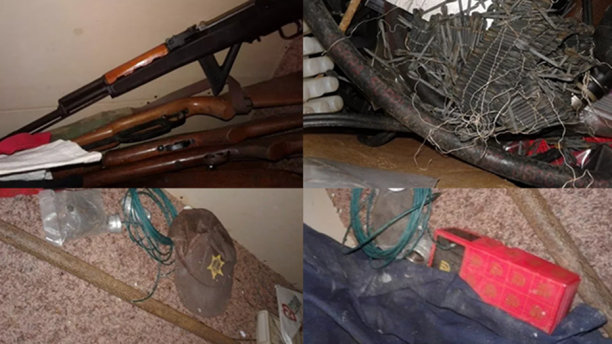 Photos of machine guns and bombmaking material allegedly possessed by the men.

Mohamed Omar, the center’s executive director, said at the time that the mosque didn’t receive any threats beforehand or claims of responsibility afterward. The FBI had offered a $30,000 reward for information that leads to a conviction in the bombing.

Officials said at the time that witnesses saw someone throw something from a truck or van before the blast and saw a vehicle speed away afterward. Mosque leaders later released security video from inside the mosque that caught the moments before the explosion, and some smoke and flying debris. The video didn’t show the blast itself.