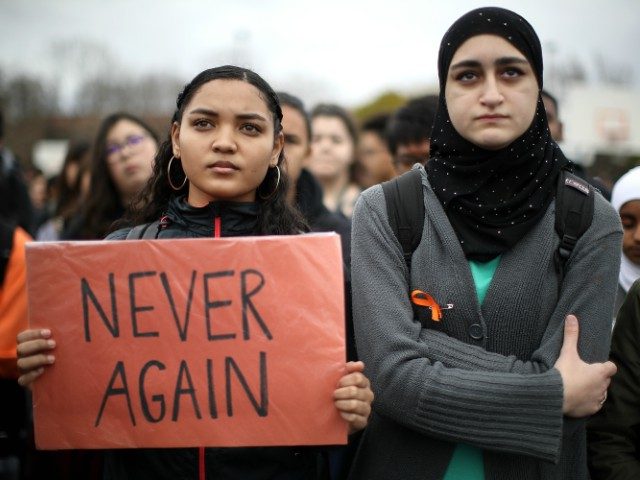 Thousands of students walked out of class on Wednesday morning to pay tribute to the students that passed away in the recent Parkland shooting and to bring awareness to recent calls for gun control.

The walkout came exactly one month after the Parkland, Florida, shooting that took 17 lives. Thousands of students at over nearly 3,000 schools walked out of their classrooms at 10 AM on Wednesday to bring awareness to recent calls for gun control.

David Hogg, a Parkland survivor who has appeared on dozens of national television programs since the shooting said that the walkout is a sign of change. “The mood, much like the weather this morning, is cold but it’s hard and to the point,” Hogg said. “We know that we’ve had this change, we know that we’ve seen the suffering and loss but now, instead of closing up like many other communities before us, we must stand up, walk out and speak up against these acts of violence.”

According to the New York Post, dozens of New York City schools participated in the walkout. In many instances, school administrations helped orchestrate the walkouts with their students. The Post reported that hundreds of students walked out of Stuyvesant High School, several chanting, “Hey, hey, NRA, how many kids did you kill today?”

Democratic Mayor Bill De Blasio praised the student protesters, suggesting that this may be the most powerful American student movement ever. “There has never been a more powerful movement than what the students of Brooklyn and New York City and this nation have done in these last few weeks,” De Blasio said.

De Blasio said that students who peacefully participated in the 17-minute protest at New York City public schools would not be disciplined for their conduct.